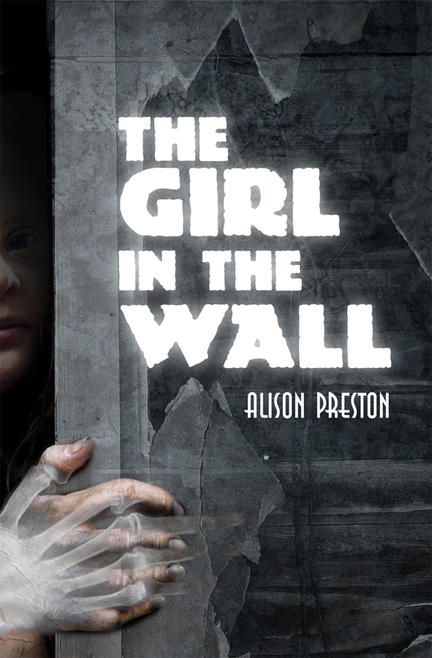 After leaving the Winnipeg Police force, former Inspector Frank Foote has gone into home renovations. Tearing down a wall on a Norwood Flats job one day, he and his partner come across the skeleton of a small female who has been imprisoned there. They alert the police, who confiscate their tools and remove them from the crime scene. Frank doesn't tell them about the photograph he's found tucked in the wall space with the young woman. He may be retired, but his investigative instincts are still strong. Tracking down the identity of the girl leads Frank into the past and down the trail of the long-forgotten Mrs. Mortimer, who'd had a short-lived business in the 1960s taking photos of the recently deceased for their families. Frank finds himself hoping against hope that she isn't involved. But what are the odds?

Excerpt: The Girl in the Wall (by (author) Alison Preston)

Behind the drywall were layers of mortar and cracked plaster covering wood lath. In some spots the lath had pulled away from the framing behind it. Someone had tried to repair it.

"Not me," said Jane. "It's my least favourite part. I like getting to the stage when we start building new stuff."

His arm was out of sight up to his shoulder in a hollow space behind a destroyed sheet of drywall.

He tore away some more of the outer wall, reached in and brought out what looked to be a photograph. He took off his mask and blew on the item and then wished he hadn't as he coughed away the dust and sneezed four times.

"What are you up to over there?" Jane asked. "Do I need to call an ambulance?"

He took a clean white handkerchief out of his back pocket and carefully dusted off the picture. It was in faded colour, unframed and curled at the edges. It was bigger than an ordinary snapshot, perhaps five by seven.

Jane took off her gloves and whapped them on the side of her leg.

"Hmm. It looks kind of sixtyish," she said.

There was a man, two women, a boy and a girl. And they did look like their time was the sixties or early seventies, with their tie-dyed T-shirts and long flowing hair, even on the man. The women and girl sat on straight-backed chairs, the man behind them, standing. The boy stood beside the girl with his hand gripping her shoulder.

"It looks like a pose for an album cover." Frank interrupted. For a group with a girl singer or two."

Jane put her gloves back on.

"I'll leave you to it. I want to get this part over with today."

She went back to her job and Frank continued staring at the photograph.

"Could you please turn the music down, Jane?"

Frank's head was starting to hurt and he no longer liked the songs. There was too much death in the lyrics.

Jane turned it off.

"Are you all right, Frank?"

"I don't know. There's something weird going on in this picture."

"What kind of weird?"

"I mean, I think she was dead when this was taken."

"What the hell are you talking about?"

Jane set down her crowbar and walked over to where Frank was sitting on a crate with the photograph held gently in his hands. She peered over his shoulder.

"Look at her eyes," Frank said.

Jane pulled up another crate and sat down beside him, taking a closer look.

"I think everyone else is alive," she said.

"It's her eyes that give her away, but I'd like to see this in a better light."

They looked at each other for a moment and then back at the picture. Frank turned it over. There was writing on the back, too faded to read. It looked like it had been written in pencil. A capital L for sure, and maybe a capital D, and 19 something, a date perhaps.

"I can probably get someone at work to figure out what this says."

"You're retired, Frank. You don't go to work anymore."

"I still have people there."

His words sounded petulant to his own ears.

"Okay. You try to figure out what it says. And I'll go to the library and find out who all has lived here."

Frank suspected that she was humouring him, that she had no intention of going to the library, but he decided to try to take her words at face value and dismiss his mistrustful feelings.

"It's no big deal," he said, as he set the picture down carefully in a safe spot away from their activity. "Featherstone probably already knows who all lived here. We could just ask him before you go trudging off to the library. I wouldn't be surprised if he turned up today while we're still here."

They went back to work.

"Garth has a powerful magnifying glass at home," Frank said, mostly to himself. "Maybe it will do the job of deciphering the words."

With a creaking rip Frank tore down the last of the drywall on the north-facing side of the house.

"Jesus Christ Almighty," he whispered when he saw what was stashed behind it.

Winnipeg's Alison Preston is becoming one of Canada's most consistently good crime writers. The Girl in the Wall, her fifth novel, is as funny and smart as the last four, but it takes plotting to a new high. "Morven Rankin was born dead... It ran in her family." That opening line is irresistible and creepily original. It takes us right into the head of an unusual woman whose story occupies the first half of the novel set in Preston's favourite location, the Norwood Flats neighbourhood in Winnipeg. The second half of the tale takes us to the present day and former police inspector Frank Foote, whose retirement business is home renovation. When a wall is opened up, a skeleton appears. Work halts and the investigation begins. The relationship of the body to Morven Rankin (victim, witness or worse) brings us back into the historical mystery, and it's one of Preston's best ever.