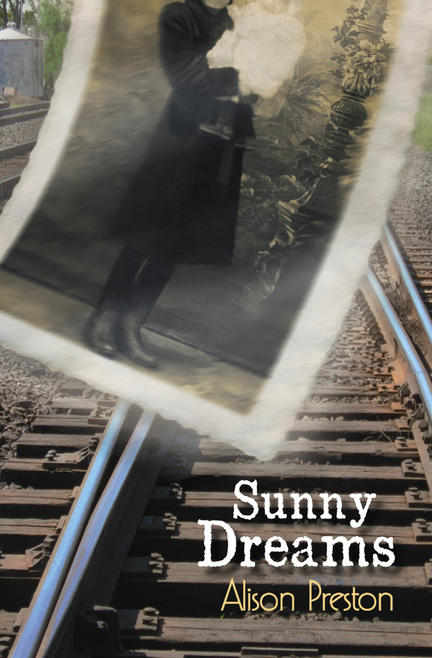 On a spring morning in 1925, Sunny Palmer disappears from her baby carriage in Picardy's restaurant in downtown Winnipeg. It happens in seconds when big sister Violet and her mother are choosing their treats from the dessert display. As those first minutes turn to days, months, then years, the Palmer family collapses and gradually glues itself back together in a new form.

A decade later, the Dirty Thirties are in full swing: on a hot summer day in June of 1936, two drifters looking for work turn up in the Palmers' back yard. They are among the legions of men criss-crossing the country looking for work. Violet's father, Will Palmer, a local attorney with few construction skills, invites the men to pitch their tent and stay on to build a garage for his new Buick. But he's on his guard. One of the men, Jackson Shirt, seems a little too well-educated and much too handsome to ring entirely true. He's just Violet's age, seventeen, but Will senses he has more than his share of secrets. A wayfaring friend of the drifters drops by occasionally to watch them work. If anything blameworthy occurs in the neighbourhood -- theft, noise, even illness -- these three outsiders come under close scrutiny. When polio strikes that August, suspicion turns to savagery. And Jackson Shirt's secrets are revealed.

The story takes place in the Norwood Flats section of Winnipeg, the same setting as Preston's previous novels. This time, though, the action is mostly in the Depression year of 1936 and we meet Fraser Foote, the father of Frank, who has played a part in previous books.

We went next door to Picardy's. The restaurant was crowded but we found a table in a corner behind a large potted fern. Mother settled Sunny. She didn't need much settling; she was sound asleep.

"You stay here with the baby, Violet, and I'll go up to the counter to choose our treats."

I was having none of that. I wanted to pick my own. She sighed and gave in to me. My mother wasn't much of a fighter.

There was chocolate cake and rhubarb pie and banana cream pudding and apricot tarts. I finally chose the chocolate cake. Mother added it to her bowl of pudding already on the tray. Sunny was too young for treats. Her needs were pretty basic, mostly involving milk.

I followed along behind my mother as she carried our tray back to the table. When it clattered to the ground every face in the room turned toward us. Moon-faced women and chisel-faced men and rosy-cheeked waitresses and busboys wearing hairnets. My mother scrabbled through the carriage and raced about the restaurant from table to table.

The carriage looked the way it always did when Sunny wasn't in it. There was a soft dent in the pillow where her head had been. I touched it. It was warm.

My mum clutched at her throat where there was nothing but the flimsy collar of her summer dress.

"Help!" She didn't make a sound but we all saw the word leave her mouth.

A man in a dark suit took charge. He phoned the police from the restaurant phone on the wall next to the cash register. That frightened my mother even more. Surely it was too soon for those kinds of measures, she said. He tried to calm her and told everyone not to touch anything. Everything he said seemed to crank up my mum's terror a notch. I wondered if I should admit to having touched Sunny's pillow but I decided to keep it to myself.

"Maybe Will's got her," my mother said in an odd loud voice. "Maybe my husband slipped in and picked her up."

A waitress ran next door for my dad. We were well known at the restaurant: that nice lawyer's family.

My mother ran out to the street; the man who kept scaring her ran out too and women fussed over me. I stayed with the carriage, guarding it like I should have been doing all along. I placed my hands in the pockets of my dress to keep from touching anything and stared at my cake on the floor.

I don't think I considered that I would never see Sunny again or that my life would change drastically from that moment in time.

Alison Preston's forte is the homely drama, and Sunny Dreams is perfect. Set mostly in the darkest days of the Depression, it takes on a parent's worst nightmare: the stolen baby... Preston is a dab hand with setting, and her Norwood Flats neighbourhood, full of engaging characters and lots of secrets, is very well done. Fans will note that the father and grandfather of her series detective, Frank Foote, are beautifully presented.