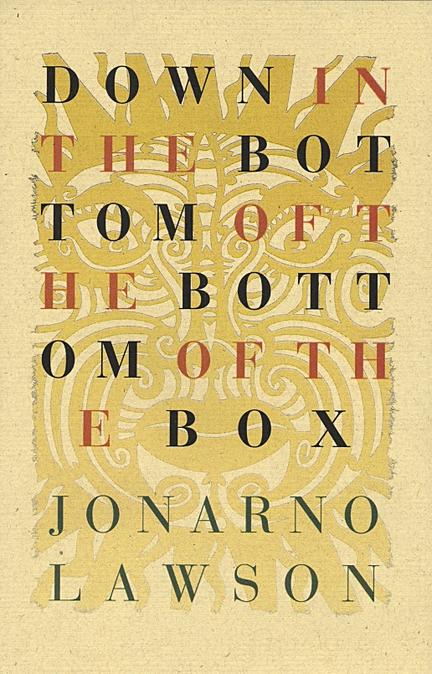 Welcome to the world of JonArno Lawson, where sound rules supreme. It's a bizarre world, where wolves live on the moon, bears inhabit the sun and bleating lambs get stuck in traffic jams. Here Sleeping Beauty is an insomniac, Little Red Riding Hood is a wolf and Snow White just needed a friend to tell her to be wary of strangers.

Alec Dempster was born in Mexico City in 1971 but moved to Toronto as a child. In 1995 he moved back to Mexico and settled in Xalapa, Veracruz, where his relief prints eventually became infused with the local tradition of son jarocho music. Alec's conversations with rural musicians, presented along with thirty linoleum portraits, have been published recently as Faces and Voices of Son Jarocho. He has produced six CDs of son jarocho recorded in the field but is perhaps best known for his two loter&iacutea games – El Fandanguito, Lotería de Sones Jarochos, and the Lotería Huasteca – which include over a hundred prints. He has had solo exhibitions in the United States, Canada, Mexico, France and Spain. Alec now lives in Toronto. His own son jarocho group, Café Con Pan, has recorded two CDs, the most recent being Nuevos Caminos a Santiago. They are currently the recipients of a Popular Music grant from the Ontario Arts Council.

There is an important truth;
that seems both consistent and constant to me:
The truth is that the truth is never
What anybody wants it to be.

?Not since Shel Silverstein's classic A Light in the Attic have I found myself so utterly spellbound by a collection of children's poetry. JonArno Lawson sets a new standard, one that many will emulate and, I suspect, none will surpass. An extraordinary and truly delightful hymn to the imagination.?

Playful in his use of sound patterns reminiscent of Dr. Seuss, Lawson's lyrics uncover an acerbic and clever wit often found in both comedians and confuscians. In the line drawn between child and adult in Lawson's poetry, the reader finds images reminiscent of school, bible stories and playtime, though their use in the wordplay suggests a requirement for adult experience to grasp their connotations. There is a sense of darkness and lost innocence in Lawson's work, despite a creative spirit that prevails with an unassailable sense of humour.

?A delight for fans of Shel Silverstein ... this volume touches on everything from Sleeping Beauty being afraid to fall back asleep to lunar foxes, to blubbery bears eating mounds of blueberries. Lawson plays with his words both visually and orally, happy, as Stephen Fry puts it, to “yoke impossible words together for the sound-sex of it.??

?These poems feel like genuine nursery rhymes – mysterious, welcoming, polished by time and telling, concerned with real-life dilemmas, and suffused with an energetic appreciation of a rich variety of creatures, both animal and human.... Lawson's rigorous craftsmanship results in structures that are sturdy and welcoming.?

?...there's no denying that, light and enjoyable as it is, Down in the Bottom of the Box contains real poetry. Recommended to anyone who likes to smile while reading poems.?

This is My Secret

?Down in the Bottom of the Bottom of the Box is a collection of nonsense poems for the young (and young at heart) in the tradition of Dennis Lee and Dr. Seuss. Lawson starts his poems from sounds and builds with orality in mind. The results are clever and fun to read.?

?What I think is most important to remember about poetry for children is how they themselves play with language upon learning, words have fluid and flexible meanings, they are representative of big, massive imaginations, and hold all kinds of potential – all of which Lawson bottles and bursts out in various ways throughout the book. From the more whimsical in the collection, something like “The Minimum Amount of Money” ... , to poems that have a touch of what I hesitate to call magical realism ... , there's a consistent dedication to not only how language presents itself on the page, but how it sounds as its spoken.?

?Reminiscent of Ogden Nash's, Lawson's poetry combines deft wordplay with unexpected (often humorous) rhymes and a devotion to showcasing the rhythmic potential of the English language. But as always, Lawson's signature focus on word sounds takes center stage. With masterful brevity, the majority of the poems stand alone as single quatrain stanzas, however, even the briefest poems contain a mouthful.?

'Down in the Bottom [is] unquestionably the best book of children's poetry published in 2012.... In its linguistic and intellectual play, accompanied throughout by Alec Dempster's bold, compelling paper cuts-black and white with judicious bursts of color- Down in the Bottom reminds us why we love poetry. And more, it reminds us just how lovely a book of poetry can be.... [I]t is high time to acknowledge that JonArno Lawson may be the foremost children's poet in North America. To borrow a phrase from W. B. Yeats, he's the King of the Cats. Cognizant that our pronouncement might appear to be a touch hubristic (if not downright self-congratulatory credit snatching), and of the potential irony in ending an essay that reflects on the vagaries of blurbs and blurbitude with a big fat blurb, we can only point to the record-indeed, point to the poems themselves-and say, in our defense: res ipsa loquitur: the thing speaks for itself. We are merely obligated to hear.'

Lion and the Unicorn Award citation

Other titles by Alec Dempster