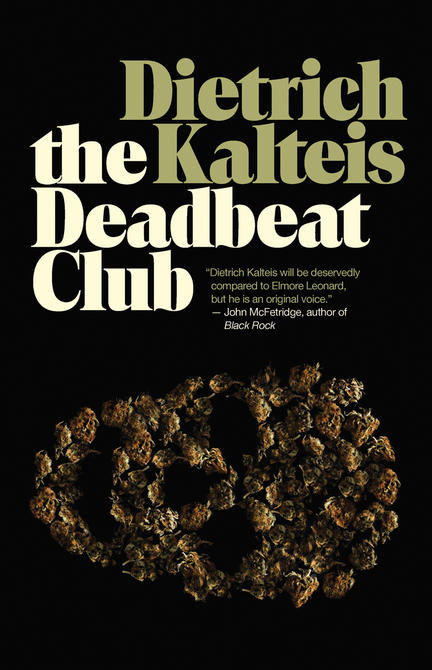 “The dialogue is some of the sharpest and funniest I’ve seen in any book this year.” — National Post

Grey Stevens took over the family business after his uncle passed away, and now grows the best pot in Whistler, British Columbia. It’s called Eight Miles High and the word on the street is it rivals anything on the planet.

Happy to fly under the radar in this mountain playground, Grey just wants to take life easy, snowboarding in the cold months and biking in the hot ones. But demand for his pot among the locals and tourists keeps growing. Everybody wants to get their hands on it — including two rival gangs who come to town to take over the dope trade.

When Grey steps in and rescues a girl from a beating at the hands of one of the gang members, he finds himself in the middle of a turf war and a new relationship at the same time. After one of his roommates gets attacked and another goes missing, Grey has to decide whether he’s going to take off with the girl and start over someplace new — or stay and fight for what’s his . . .

“The Deadbeat Club is authentic West Coast crime, a rollicking tour through Whistler after dark, populated by ski bums and scallywags, gang-bangers and lovable losers on both sides of the law, and written with a staccato, snare-drum energy that keeps the pages turning. This is Breaking Bad for the ganja set, Elmore Leonard in Vansterdam. A heck of a lot of fun.” — Owen Laukkanen, author of The Professionals

“Dietrich Kalteis’ The Deadbeat Club is a rockin’ 21st century wild west shootout. But the Earp brothers and the Clantons got nothing on Grey Stevens, Travis Rainey and the Indo Army as they go guns blazing over drug turf in supposedly serene Whistler, Canada in this hallucinogenic, THC fueled noir thriller. Firefights with AK 47s and Double Glocks make the Gunfight at the OK Corral look like kids’ play. But instead of battling over water rights or who stole the money from the stagecoach, as in a western, these guys are battling over the lucrative drug trade in laid back, happy-go-lucky, easy-going, I’ll-kill-you-for-that kilo-of-dope, British Columbia. Kalteis shoots noir into the 21st century with a loud bang.” — Paul D. Marks, Shamus Award-winning author of noir-thriller White Heat

“An Elmore Leonard inflected, witty plunge into the vernacular and particular shape of drug crime and culture in the area … This book deserves to be something of a breakout for Kalteis, who does for Vancouver and Whistler what George V. Higgins does for Boston and Jean-Claude Izzo does for Marseille: he animates familiar streets with excitement, crime, and appealing characters, providing readers with a most entertaining tourist manual.” — National Post

“Kalteis skillfully writes authentic-sounding dialogue … [He] makes it difficult not to root for the little guys up against ruthless gangs in this fast-paced thrill ride.” — Publishers Weekly