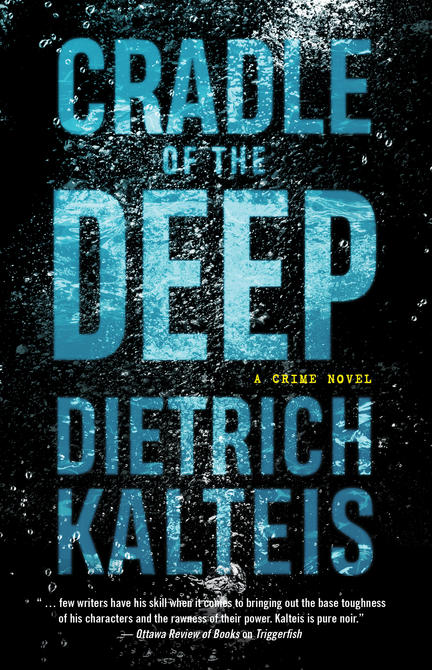 From “the heir-apparent to Elmore Leonard” (Crime Syndicate Magazine) comes a caper novel full of twists, hitmen, and loads of stolen cash.

Wanting to free herself from her boyfriend, aging gangster “Maddog” Palmieri, Bobbi Ricci concocts a misguided plan with Denny, Maddog’s ex-driver, a guy who’s bent on getting even with the gangster for the humiliating way in which he was sacked.

Helping themselves to the gangster’s secret money stash, along with his Cadillac, Bobbi and Denny slip out of town, expecting to lay low for a while before enjoying the spoils.

Realizing he’s been betrayed, an enraged Maddog calls in stone-cold killer Lee Trane. As Trane picks up their trail, plans quickly change for Bobbi and Denny, who now find themselves on a wild chase of misadventure through northern British Columbia and into Alaska.

Time is running out for them once they find out that Trane’s been sent to do away with them, or worse, bring them back — either way, Maddog will make them pay.

Excerpt: Cradle of the Deep: A Crime Novel (by (author) Dietrich Kalteis)

A styro in each hand, creamers, sugar packets and stir sticks balanced on top, the Squamish Times wedged under his arm. Passing the Skylark, thinking of switching rides, Denny set the cups on the roof and tugged open the door. Getting behind the wheel, he set a styro on the dash, looking at Bobbi at the phone box, hoping this guy Carmen came through with the chalet, let them hide out a day or so. Denny fixed his coffee, thinking of a cozy fire, nice and warm, just the two of them counting out the cash, helping themselves to Carmen’s liquor.

If that didn’t work out, he knew this guy in Whistler, another hour north. Rubin Stevens grew some righteous weed — a friendly type of guy, the kind you could look up and drop in on — the guy who made the run to Vancouver every couple of weeks, dropping off a quarter-pound of homegrown to Wilson and his flat-mates, each of them chipping in seventy-five bucks. Kept Denny’s head on right, with a good buzz, but needing to suck on his Medihaler, dealing with his asthma. Betting if he hadn’t dodged his uncle after getting on the news, the asthma would have kept him from conscription, his uncle putting him down as 4-F, like he told that job recruiter.

“Cradle of the Deep has humour, great characters, and the situations are well played — you’ll enjoy it.” — Murder in Common

“A hair-raising escapade fueled by impulsive choices, this page-turner kept me up most of the night.” — The Ottawa Review of Books

“Dietrich Kalteis’s Cradle of the Deep is a humdinger of a ride through Vancouver Noir, a DIY manual for what not to do when going on the lam.” — Winnipeg Free Press