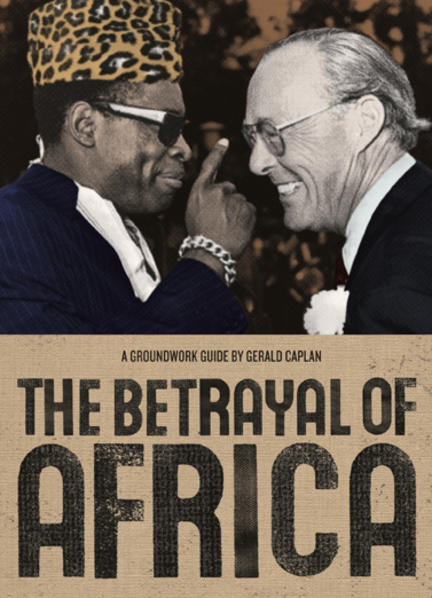 Think Africa, and many people think of brutal war, endless famine, pervasive corruption, unworthy rulers, universal poverty, an AIDS epidemic out of control. As this book in the Groundwork Guides series shows, these characteristics are both true and a caricature at the same time.

With the bold new presence of China in Africa, with an active and angry civil society demanding more from their governments, and with a new generation of leaders apparently committed to doing better in the future, a real possibility for positive change now exists. But for Africa to move forward, the citizens of rich countries must be aware of the false premises on which their own leaders deal with the continent.

While Africa faces a daunting list of challenges, the vast majority of the continent's citizens live ordinary lives with the hopes and dreams that all of us share.

Gerald Caplan is a lifelong social and political activist with a passionate commitment to African development. A former professor at the University of Toronto/OISE, he is the author of two scholarly history books, a collection of newspaper articles, public policy studies, UNICEF reports, and numerous articles and book reviews. He is the author of Rwanda: The Preventable Genocide, written for the International Panel of Eminent Personalities established by the Organization of African Unity to investigate the genocide. Gerald Caplan speaks widely about African development issues and genocide prevention on television and radio, and in newspaper opinion pieces. He lives near Toronto.

This is a riveting panorama of African history and experience, the best of analytic and polemical writing. The arguments are unanswerable, the depth of feeling unmistakable. Gerry Caplan knows his subject as few others do; he illumines the contours and contradictions of Africa with immense skill. He encapsules superbly, in a short book, the cascading tragedies of the continent. It's a splendid piece of work and a great read.

...this title offers a concise, exploratory look...Caplan isn't afraid to delve into complexities, get personal and opinionated, and assign blame...His writing is well sourced and largely effective...This is ideal for classroom use...

The Betrayal of Africa presents a concise but comprehensive overview of its subject...Gerald Caplan is passionate about his subject and is highly convincing in advancing his argument...an excellent supplemental resource. Clearly drawn line maps, charts of statistical content, timelines of dates and events, and short reports on such topics as AIDS in Africa and the Rwandan Genocide all add to the book's value and provide readily-accessible content to student readers. Yet another valuable addition to the 'Groundwood Guides' series. Highly recommended.

A must read for students, scholars, educators and anyone else who cares about the human family, our interconnectedness and our interdependence. Gerry Caplan cuts through the myths, stereotypes, and platitudes to give both a thoughtful and thought provoking look at Africa, its history, its many peoples, and its role, often as pawn, in world politics. His book details the interference, the indifference, and the utter contempt, often under the guise of 'doing good', that has defined how the world continues to betray Africa.

The little paperback books in this series cover an unexpected amount of material and provide and in-depth overview of the subjects related to contemporary political and social issues. The writing style is easy to comprehend, and the knowledge gained by the reader in a short time is surprising.

Gerry Caplan has written a compelling, comprehensive and swift-moving guide to the politics and challenges of modern Africa...fascinating...

...a small book for such a large continent with such huges issues, but this is no superficial primer for neophyte travellers and liberal do-gooders...Caplan and his publishers have produced a book that is popularly written in style, designed with tables and maps that illustrate superbly the basic concept that history does count...The Betrayal of Africa nicely explodes stereotypes that are still used today to justify economic and political exploitation...

The Betrayal of Africa (Groundwork Guides)

Gerald Caplan traces the evolution of Africa’s toxic relationship with the West from the transatlantic slave trade to the current situation of conflict, poor governance, forced subjection to the world economy and AIDS. The book includes a timeline, bibliography, list of websites and an index.

Other titles by Gerald Caplan

Notes of an Unrepentant Socialist