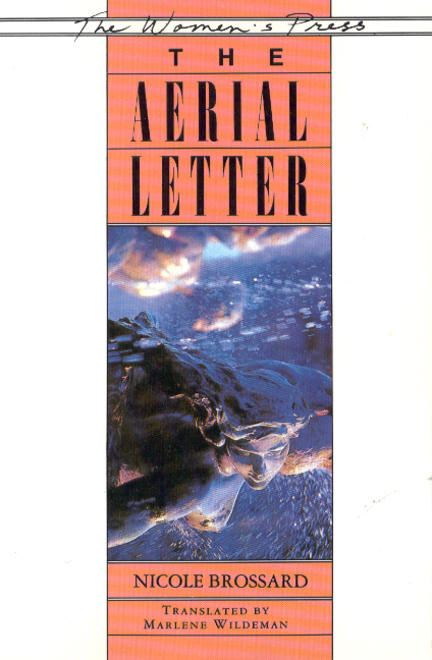 For the reader of contemporary literature, The Aerial Letter is a contribution of major significance. Combining twelve pieces developed since the mid-Seventies, it challenges feminist cultural experience and imagination. Brossard's reflections on writing and the emergence and survival of lesbian identity are hard hitting and incisive.

Marlene Wildeman is a fiction writer and translator, who has been living in Montreal since 1978. Originally from British Columbia, Marlene has published short stories, poetry, articles, and book reviews. Her story “One Became a Roofer” is part of the anthology Dykeversions, and her “Lesbian Lovebirds and Their Ways” was published in The Guide to Gracious Lesbian Living. Marlene also teaches English as a second language.

"A friend said to me with considerable fervour that she had read The Aerial Letter and had loved it. Such a strong emotional response to a book of theory may seem strange, and yet I too have read and loved these texts. Their extraordinary texture and the zany peregrinations of the words have brought me pleasure, insight and joy; they offered me warm complicity."— “Louise H. Forsyth, Professor, Department of Women's and Gender Studies, University of Saskatchewan