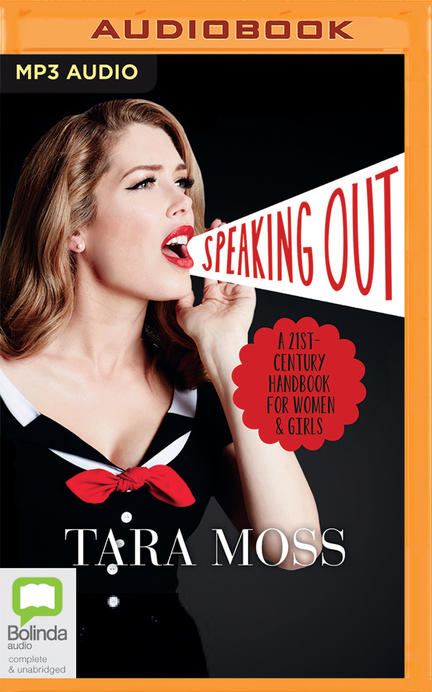 A short, accessible, and practical handbook for women on speaking out safely and confidently.

Worldwide, less than one out of every four people we hear or read about in the media is female; in Australia men outnumber women in parliament by more than three to one; and women are even more under-represented in leadership roles and peace negotiations. If women and girls remain voiceless, half of humanity’s experiences, perspectives, and possible solutions to world problems go unheard.

Drawing on 20 years of wide experience in the public sphere, Tara Moss responds to the question: “How can I speak out?” in the most practical way. In this handbook she gives advice on preparation, speaking out, and negotiating public spaces—sometimes in the face of downright savage trolling. With a focus particularly on social media and online safety, she offers tips on how to research, form arguments, deliver confidently, find support, and handle criticism.

This is a guide for women young and old that not only helps them find their voice, but argues passionately for why it matters.