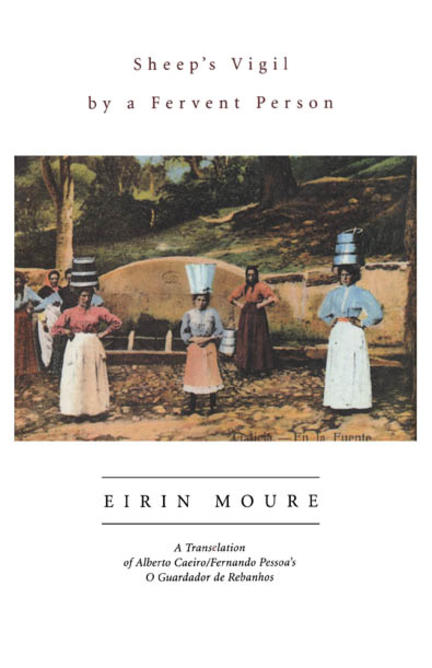 A temporary move to Toronto in the winter of 2000, a twisted ankle, an empty house -- all inspired Moure as she read Alberto Caeiro/Fernando Pessoa's classic long poem O Guardador de Rebanhos. For fun, she started to translate, altering tones and vocabularies. From the Portuguese countryside and roaming sheep of 1914, a 21st century Toronto emerged, its neighbourhoods still echoing the 1950s, their dips and hollows, hordes of wild cats, paved creeks. Her poem became a translation, a transcreation, the jubilant and irrepressible vigil of a fervent person. "Suddenly," says Moure impishly, "I had found my master."Caeiro's sheep were his thoughts and his thoughts, he claimed, were all sensations. Moure's sheep are stray cats and from her place in Caeiro's poetry, she creates a woman alive in an urban world where the rural has not vanished, where the archaic suffuses us even when we do not beckon it, and yet the present tense floods us fully.

Walk on Over: 8 Books about Walking and Place