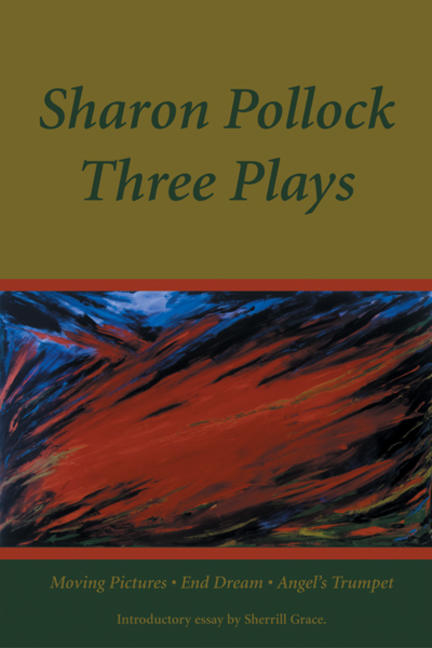 Moving Pictures
Based on the life and autobiography of the actress and independent filmmaker Nell Shipman.

End Dream
Return to the hot summer of July 1924 in Vancouverâ??s wealthy Shaughnessy Heights to re-open the famous, unsolved case of Janet Smith, the English nanny found dead in her employerâ??s basement

Angelâ??s Trumpet
Revisits the story of Zelda and Scott Fitzgerald to pose some questions. At stake is nothing less than art and sanityâ??his art and her sanity.

Sharon Pollock
Sharon Pollock was born Mary Sharon Chalmers in Fredericton, New Brunswick, in 1936, where she first became involved in the theatre in university. Later, with the Praire Players, she toured British Columbia and Alberta in 1966, and was voted Best Actress at the Dominion Drama Festival. She settled in Calgary the next year, raised a family, and while pregnant with her sixth child she began writing her first play. In 1973, Walsh (1983) premiered at Theatre Calgary. A subsequent production in 1974 at the Stratford Festival brought Pollock’s writing to wide public attention. She has written many plays, including Blood Relations and Other Plays, which won the Governor General’s Award in 1981, and Doc (1985), which won the Governor General’s Award in 1986.

Other titles by Sharon Pollock