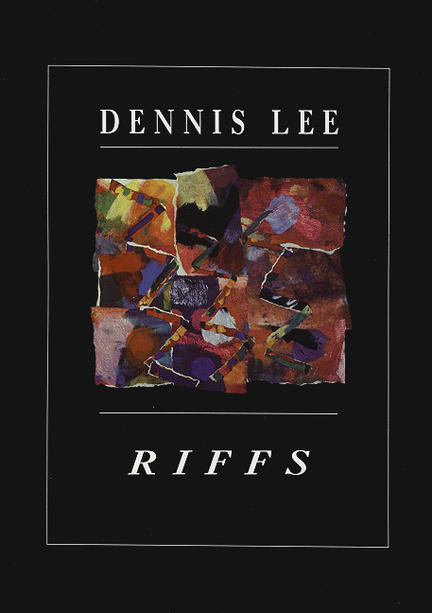 Riffs is the story of a passionate love affair, told in vintage Lee style - with whoops, deep chords, and headlong improvisational arcs. We hear Bach, Bo Diddley, Bird; the news is heartache and being. Celebratory, catastrophic, the poem tracks ways in which eros and our lives are made mutually accountable. Riffs is a landmark achievement from the poet of Civil Elegies and The Gods.

"This is a grown-up voice, a voice of gritty honesty, of integrity ... we are taken along for the ride in an entirely convincing, captivating way." -- Quill & Quire