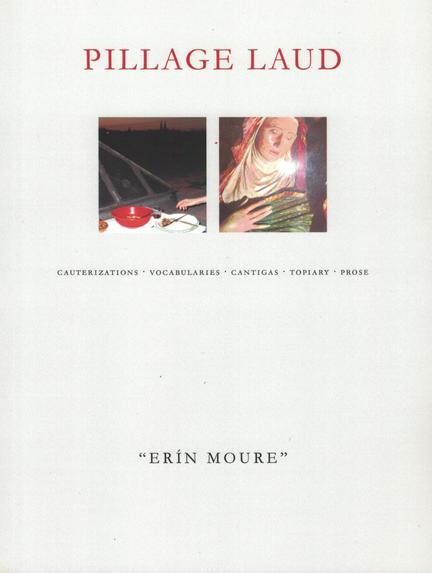 First published in 1999 in an edition of 300 perfectbound copies and 26 spiralbound copies lettered A-Z and signed by someone or other, Pillage Laud by "Er'n Moure" returns to the world of print. Pillage Laud, as the 1999 edition admitted, selects from pages of computer-generated sentences to produce lesbian sex poems by pulling through certain found vocabularies, relying on context: boy plug vagina library fate tool doctrine bath discipline belt beds pioneer book ambition finger fist flow. The news was out: Er'n Moure is actually a computer. In 2012, now that everyone is a computer, the book can be read gladly by all of us, anew.

Other titles by Erín Moure