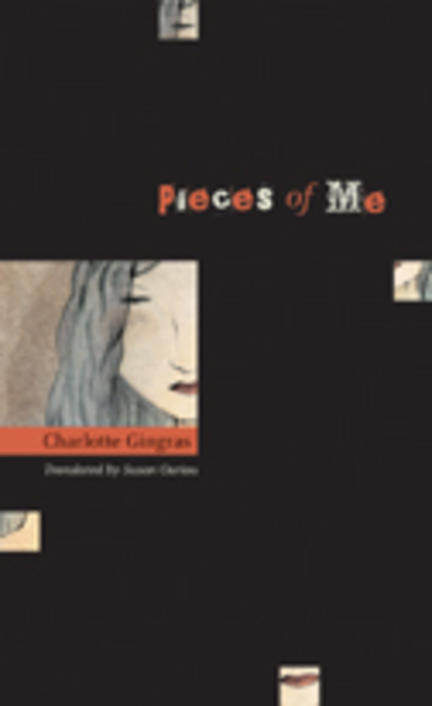 Mirabelle's art teacher tells her she has talent, but what good is it doing her? Almost fifteen and friendless, Mira is plagued by dark thoughts. Her body seems to be changing daily. Her mother is domineering and half-crazy and her father --- well, he's her ex-father, mostly out of Mira's life and awkward when he's around.

Then she meets free-spirited, confident Catherine, a knockout who makes the boys' jaws drop. Not only is Catherine good at art like Mira, she also knows about kissing boys. Mira has never kissed anyone and doesn't understand the hungry way boys are beginning to look at her.

Now that Mira's finally found someone she can talk to, her dark thoughts are vanishing. But as her friend encourages her to come out of her shell, Mira finds that her new-found confidence can still be shattered in an instant.

Only after Mira faces a betrayal and a tragedy can she begin to put the fragmented pieces of herself together.

CHARLOTTE GINGRAS is a former teacher and visual artist, and she remains one of Quebec’s best-loved authors of works for young readers. Her books have been translated into several languages, and she has twice won the Governor General’s Literary Award, for La liberté? Connais pas… and Un été de Jade, which also won the Mr. Christie’s Award.

Many teens will relate to Mira's tattered relationships with her parents, as well as her broiling resentment.

... a sensitive portrayal of one girl's loneliness and growth.

Almost 15, desperately lonely, Mira finds solace only in her imagination. Books and reading, drawing and day-dreaming – all offer rare chances for some semblance of normalcy, rather than the perpetual feeling of being smothered by her overprotective and deeply unhappy mother, plagued by depression, and the fleeting and unsatisfying visits of a father who escaped.

Then, Catherine enters Mira’s world. Suddenly Mira is no longer trapped in her room in her mother’s tiny half-basement apartment. But Mira hasn’t had a friend before and friendship, which seemed so easy in books, isn’t quite so easy to cope with as she had hoped – especially since Catherine is able to move through the world with an ease that Mira doesn’t really understand. Mira’s friendship zigzags from an almost smothering obsessiveness to gut-wrenching anger and, when Mira’s father tragically dies, she finds that even this new friendship isn’t enough to hold her world together. Gradually, with help, Mira learns how to fit together the “pieces of me” and fully embrace her dreams for the future.

Pieces of Me is as full of surprises as Mira’s friend Catherine. Just when you think you have a handle on the complexities of Mira’s sense of herself, Charlotte Gingras pulls the rug from under your feet and sends you tumbling in a different direction. She stunningly evokes Mira’s emotionally fraught world with such subtle nuances that readers might well forget that they are reading Mira’s story and imagine that she’ll suddenly appear in the drab corridors of their own high school. She offers a portrait of a teen who, in the course of this slender volume, discovers that to make sense of yourself is always a painful journey – painful for the child, painful for other teens, painful for adults. It’s no wonder that this book won the French-language Governor General’s Literary Award in 2005. It is at once breathtakingly simple and yet so complex as to force you to return to its pages to re-read bits and pieces in order to put together Mira as she deserves to be. Credit must also go to the lovely translation by Susan Ouriou.

Other titles by Charlotte Gingras