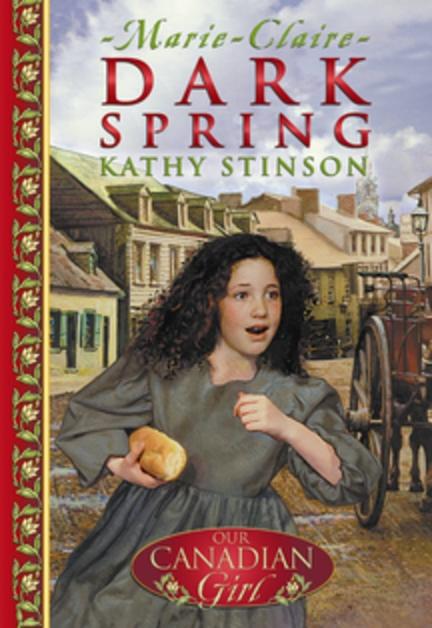 The story takes place in Montreal, during the smallpox epidemic of 1885. Marie-Claire lives in a humble home with her working-class family - her parents, sister Emelie and baby brother Philippe. Through Marie-Claire's life we glimpse the difficulties faced by a family besieged by privation and disease, and we witness one girl's struggle to persevere through the illness of her cousin Lucille and the work-related injury of her father -- even to endure the death of a loved one. All the while, Marie-Claire maintains a remarkable optimism for the future.

Our Canadian Girl is a groundbreaking new series of historical fiction that brings Canada's past to thrilling life by telling the stories of Canadian girls from different eras, regions and backgrounds. The heroines are compelling and the stories, written by some of Canada's best children's writers, are powerful and exciting. Once and for all, Our Canadian Girl proves that history doesn't have to be boring!