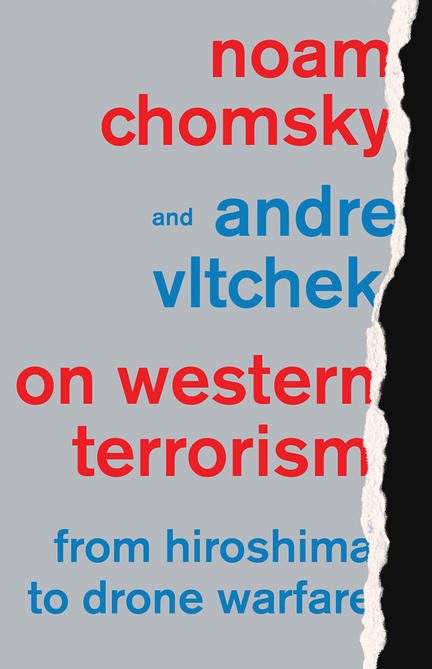 In On Western Terrorism Noam Chomsky, world-renowned dissident intellectual, discusses Western power and propaganda with filmmaker and investigative journalist Andre Vltchek. The discussion weaves historical narrative with the two men’s personal experiences, which have led them to a life of activism.

Beginning with the New York newsstand where Chomsky first began his political education as a teenager, the discussion broadens out to the shifting forms of imperial control and the Western propaganda apparatus. Along the way Chomsky and Vltchek touch upon many countries of which they have personal experience, including Nicaragua, Cuba, China, Chile, and Turkey.

A blast of fresh air which blows away the cobwebs of propaganda and deception, On WesternTerrorism is a powerful critique of the West’s role in the world and a testament to two lives dedicated to humanism, activism, and the search for knowledge.

Noam Chomsky is an internationally acclaimed philosopher, scholar, and political activist. He is Professor in Linguistics and Philosophy at the Massachusetts Institute of Technology. Chomsky's books include The Culture of Terrorism, Fateful Triangle, Letters from Lexington, Pirates and Emperors, Old and New, Powers and Prospects, Rethinking Camelot, Turning the Tide, The Washington Connection and Third World Fascism, and YEAR 501.

Andre Vltchek is an author, filmmaker, investigative journalist, and playwright. He currently lives and works in East Africa, Indonesia, and Japan.

“Noam Chomsky is a global phenomenon…He may be the most widely read American voice on foreign policy on the planet.”

“Andre Vltchek is a powerfully informed writer whose reports are based on first-hand observations.”

Michael Parenti, author of The Face of Imperialism

“Andre Vltchek is in the great tradition of investigative journalists like John Pilger, Seymour Hersh, and Robert Fisk. He combines omnivorous curiosity with fearless tenacity.”

“[Chomsky is] the closest thing in the English-speaking world to an intellectual superstar.”

Other titles by Noam Chomsky

The United States, Israel, and the Palestinians (Updated Edition)

Life Stories of the Guatemalan Companeros and Companeras

On Peace and Conflict