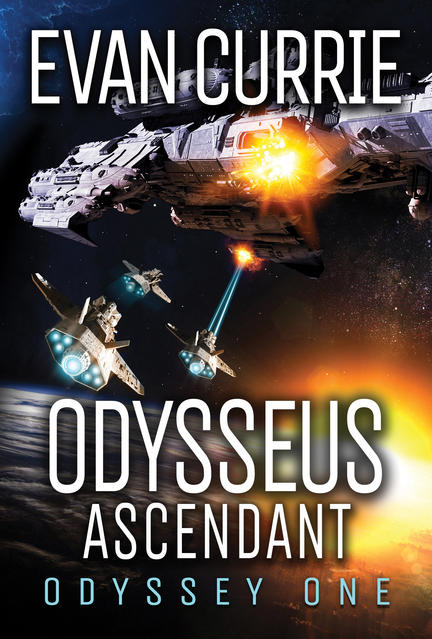 The Empire has set its sights on its next target: human Terrans. As effective allies of the Priminae, the denizens of Earth have proven themselves enemies to the Empire, and now the Imperial forces know more about the Terran home world than ever before.

The battle for the planet’s survival will see the Odysseus first into the breach. But more perils loom for Commodore Eric Weston and his comrades. They’re at odds with the political conflicts dividing Earth’s government and challenged by the mysterious presence haunting their vessel—its intentions unclear, and the extent of its powers unknown.

As the Empire brings the battle home, the crew of the Odysseus will need to determine whether this entity will support them in their fight for survival, or prove to be another dangerous foe.

There’s no turning back…and the only way forward may be a pathway to doom.