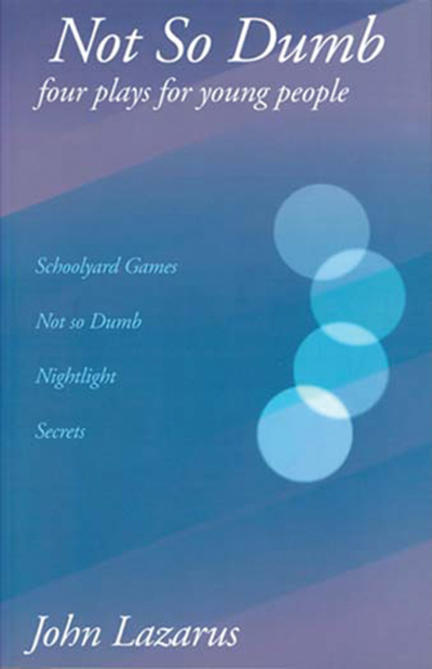 These four related one-act plays follow a spirited girl named Binnie and her peers from age eight to mid-teens as they make friends, face enemies and win self-respect.Includes:Schoolyard GamesNot So DumbNightlightSecretsJohn Lazarus' brilliant studies of the pains and pressures that children face on the road to maturity have earned him wide audiences and a reputation for excellence in the field of Theatre for Young Audiences. He examines the lives of young people through their own eyes, fashioning a critical yet comic world that speaks to the experience of both children and adults.

John Lazarus has been an award-winning playwright since 1970. His plays include Babel Rap, Dreaming and Duelling, The Late Blumer, Village of Idiots, and The Grandkid. John taught writing for a decade at Studio 58 and sporadically at the Vancouver Film School and National Theatre School. He lives with his wife in Kingston, Ontario, where he has been a professor at Queen’s since 2000. He intends to retire in 2020–from Queen’s, that is; as a playwright he plans to be found dead at the laptop, many years from now, working on the next one.

Other titles by John Lazarus