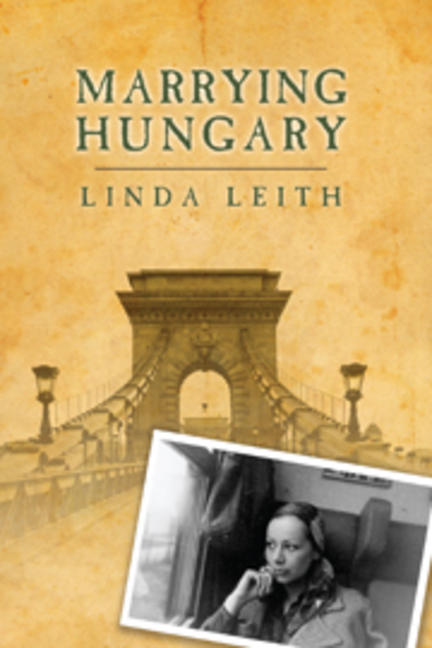 Linda Leith's memoir, Marrying Hungary, is the moving story of the daughter of Irish Communist parents who, after a peripatetic childhood, falls in love and marries a Hungarian refugee. It is a glimpse into a life spent among foreigners, a tale of identity and eventual independence. And it reveals what few memoirs reveal: what brings a couple together, what marriage means to an ambitious and accomplished woman, and why sometimes even a good marriage eventually fails.

The boys were aged thirteen, twelve, and eight in the summer of 1990. Andy and I sold our car, rented out the house on the Lakeshore Road and moved some of our private belongings into a storage area we built in the huge garage. We packed Hector, the yellow Lab, off for his flight to Prague and Budapest, and set off on our own journey through New York and Vienna, where we spent most of the day before boarding the connecting flight to Budapest; it was evening when we landed in Budapest.

Sándor had hired a vehicle big enough for us and all our luggage. We dropped our belongings off at the villa in Buda where we were renting an apartment, and headed out to dinner with the cousins. The talk was all in Hungarian, loud and excited. My wide-eyed boys and I were tired and withdrawn, both overstimulated and bored. The dark-stained wood and heavy furnishings of the wine-cellar restaurant, the gypsy musicians, the rough wine and heavy food were all too much for me. I'd been a fool to come back here, I decided that night, falling into bed in a state of exhaustion.

I woke in the dead of night. Andy was asleep beside me, the boys together in the bedroom next to ours. I was conscious of strangeness. The air was strange, not unpleasant, but strange. The room was large, the ceiling high, and the French windows open. It was a mild summer night, and the very air felt foreign, or perhaps there was simply more air than I was used to. We were near the top of the Hill of Roses, so named by the Turks for the roses that flourished on the hillside centuries earlier and that flourish there to this day. There was a faint, unfamiliar smell indoors, too—floor wax, perhaps, or furniture polish. We had rented the apartment fully furnished and equipped, and the duvet was light, the new sheets crisp against my skin. A light from the street slanted through the wooden blinds. I was enchanted.

“ When two people with different backgrounds marry, which culture predominates and how does that decision affect the marriage? Such are the questions tackled by Montreal writer Linda Leith in her absorbing memoir, an unblinking glimpse at her marriage to a Hungarian refugee and its influence on the trajectory of her life.

An academic and former editor, Leith is the author of six books, some of which focus on displacement. Her 1993 debut novel, Birds of Passage, tells about a man writing his first novel amid the political upheaval in Hungary. Published in 2007, The Desert Lake is the tale of a female journalist who travels to China without her lover. Marrying Hungary, published by a Winnipeg small press, begins in Belfast, where she was born in 1949 to parents who were Northern Irish communists.

Even as a young child, Leith sensed that her family was different. Her beautiful mother, Nan, was nurturing for the most part, but her father, Desmond, a medical doctor, ruled the family with "a reign of terror." When communism fell into disfavour in the 1950s, her parents reinvented themselves. Desmond's solution was to keep relocating the family, first to London, Basel, then London again and finally to Montreal. During this period, he succumbed to alcoholism, manic depression and several nervous breakdowns. No great surprise that Leith's upbringing was hellish. Some aspects are eerily reminiscent of George Fetherling's boyhood in his memoir Travels by Night.

At 18, she met Andy Gollner, a Hungarian refugee. Their families couldn't have been more different; while her parents were embracing communism, his parents were running away from it. Attracted by his exotic background, Leith married Andy in 1974. However, it soon became apparent that he was from a different world, one that she later experienced first-hand during the two years they spent in Budapest in the early '90s. Leith struggled valiantly to fit in, but experienced much frustration in her efforts. Andy's desire to remain in Hungary ultimately ended their marriage.

Written in candid, eloquent prose, the narrative is divided into five separate parts: childhood, the first years of their relationship, married life, divorce and new beginnings. One of the most interesting sections describes Leith's experiences as a foreigner in Budapest; for example, her attempts to find a relative's apartment and her ambivalent feelings about the culture."I wanted to belong, and I was sure that if I just tried hard enough and worked at it, I would manage to cross the divide between me and Hungary," she writes. "And still I found the country mystifying, the people disconcerting, and the language an insuperable barrier."

As well, she documents the immigration story of Andy's parents. In 1956, they were among more than 37,000 that Canada accepted as refugees after the Hungarian Revolution. Her depiction of the Gollners' early struggles in Canada is often touching and occasionally humorous.

In writing this memoir, Leith has not only chronicled her emotional journey, but she has also articulated an outsider's point of view on the culture into which she married. Marrying Hungary is a very Canadian story. It is an important contribution that promotes cross-cultural understanding.”