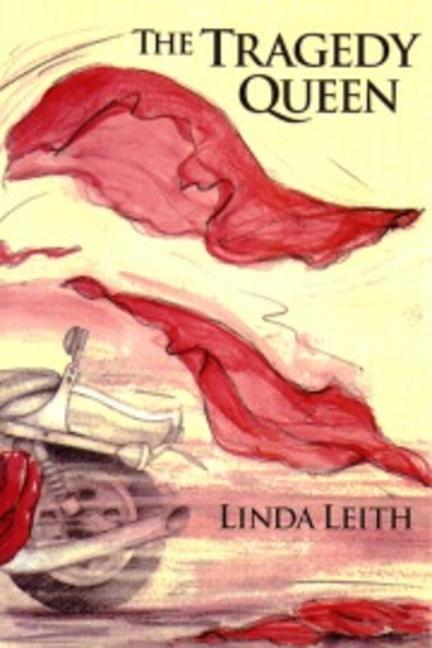 The setting for The Tragedy Queen is beautiful Pointe Claire, Québec, voted the most desirable city in Canada to live in. But Wincenty Cunningham, a.k.a. Vince Carlson, a.k.a. Vince Ybl, a.k.a. A.S. Windle, a.k.a. Ted Wilde, has just breezed into this bedroom community on his Harley-Davidson to install himself in a rented house like a fox among the chickens. A disbarred lawyer and professional fraud artist, Vince is already known to the police, but the ladies of Pointe Claire are about to meet a man quite, quite different from their husbands who return home every weekday on the 5:16 commuter train.

But Vince has begun to tire of the steady stream of middle-aged women who have provided his livelihood, tired of the ease with which they can be seduced, and tired of their suspicious children. His life feels empty. With an unexpected inheritance in hand, he's ready for a change. Old habits die hard, however, and he can't quite resist dallying with the local ladies. He also can't quite resist taking advantage of a situation that finds him alone in a rented house, while Sal the owner is away for a year. Methodically he strips the house of all its valuables and sells them. In the process of ferreting out Sal's belongings, which she has naively stored in the attic, a flimsily padlocked area in the garage, and filing cabinets with nothing but standard key locks, he comes across her most private papers, including family photos, documents, and the journal she kept during the year of her divorce.

As Vince comes to know Sal through her journal, gradually he becomes intrigued—and eventually, infatuated—with her. Despite the fact that Sal has instituted legal proceedings to have him evicted for non-payment of rent, Vince is sure he'll be able to sweep her off her feet, as he has done with so many women before her. It'll be a challenge, but when Sal turns up, he's convinced he'll be able to win her over. She will be his salvation; she will be the one. When Sal finally arrives, Vince discovers that he has really gone too far this time. This Sal is some she-devil, and she is bent on revenge.

Vince Carlson prides himself on knowing a lot about middle-aged women. Young women are easy enough, but they bore him. They have no character, no money, and no proper sense of gratitude. What interests Vince is the affluent middle-aged married woman who's already half in love with danger.

Put five women in front of him, all of a certain age. Two are terminally innocent. One has become a shrew. Another one is sure to be a nympho. Which can be useful, but the nympho is about as uninteresting as the young woman she wishes she still were. At least one of them—one woman out of the five—is just out of reach. And ripe for the plucking. She's the one Vince will zero in on.

There are tidy lawns to the right of him, barrels of petunias to the left of him, ancient, sweeping maples and apple trees in front of him. This place could fool you. Norman Rockwell country: all picket fences and family values, flower beds and gingham. If you don't watch yourself, Vinski my lad, you could end up here overdosing on Harvest Crunch.

But look closer, and it's a hair's breadth from Gomorrah. Take that short, ample woman over there, carrying her blue recycling bin from the side of the road back up her driveway. White pleated shorts, long-sleeved madras blouse hiding securely restrained breasts. She walks briskly, as though she's busy, with an almost imperceptible limp. Straight, mousy-coloured hair trails over her shoulders.

She's probably worn her hair like that since she was thirteen. In the sixties, when Vince was in high school about a mile from this very spot, lots of the girls used to wear their hair long and straight like that. Yet, judging by the dimples on those thighs, this is a woman whose own kids must be in high school by now.

Who does she dream about? When she's lying awake in bed, folding laundry, standing in line at the bank—who does she think about? The man next door? Her best friend's husband? Unlikely. Her own husband has commuted into Montreal for the past twenty years, and has caught the 5:16 home every weekday evening. Her dreams are of a riskier man. The star of a movie she saw when she was seventeen. The voice behind a song she can't get out of her head. His name hardly matters. Even his looks hardly matter. What matters is unpredictability. And a streak of ruthlessness.

The briskness is for the neighbours' benefit. When she's in her immaculate white kitchen, she sits down at the table where The Gazette is spread out in front of her, and she puts her head in her hands. She wants a job. Or meaning. Or a lover.

Coming back feels right. There's a kind of inevitability about it that appeals to Vince. He realizes he's been working up to this.

Moving in with a woman has lots of advantages, as no one knows better than Vince. But often it means putting up with the kids—teenagers, most likely, or worse, adult kids with an eye on the family fortune.

Moving into an empty house is even better. The house he rented in Dollard from the Xavier woman was a kind of dry run. In Dollard he not only had the house; he had his freedom, too. He made the most of it, using the house as a warehouse for the goods he'd scared, hiding the TR6 in the garage until he'd found the right buyer, making his deals in private, and basking in the luxury of having no one around to ask irritating questions.

The Xavier witch didn't take it lying down, of course. Vince enjoyed watching her struggle, especially when she practically bankrupted herself with legal fees trying to nail him. And she couldn't get him out, not even when she swore she had to move back into the house herself. Vince owed her five months' rent when he got the letter from his mother's lawyer two weeks ago. It was that very afternoon he picked up The Chronicle and noticed the ad for this house on the Lakeshore. It felt as though all the pieces of a puzzle were falling into place. That's when he poured the sugar into the witch's steam iron. She'll be surprised when she finds herself smearing caramel over some pricey silk dress. As his parting shot Vince punched holes in the bottom of a dozen cans of sardines and left one inside every closet in the house.

He didn't mention a word of any of this to pretty little Carrie. It was enough for her to know he'd lived in the area as a kid. On Golf Avenue, actually. Oh yes, lovely street. She'd found that reassuring, added it to the short mental list that would convince her she could rent the house to him, pocket the first month's rent as her fee, and get on with the more lucrative business of selling. She'd only agreed to rent the house because the owner was her next-door neighbour; rentals were a waste of her time, especially in this recession-wracked economy, in a buyers' market, in a middle class suburb littered with Montreal Trust signs, Royal Lepage signs, Century 2l signs and several of the kind of A vendre signs you can buy at the hardware store when you don't want to see another real estate agent for as long as you live.

Pretty Carrie wasn't going to ask any more questions than necessary. And the ins and outs of Vince's career, so to speak, are none of her business. If he doesn't tell her he used to be a lawyer, she'll never find out he was disbarred, let alone that he was jailed. It's not her business, none of it. Vince has the lease inside his black leather jacket. The house is his now. They'll never get him to pay another penny. And they'll never get him out.

“ Vince, with his Ray-Bans, his cowboy walk and his Harley-Davidson is not just a petty ciminal, but a ruthless user of women, betrayer of women—a truly nasty guy. He searches out, often through the personal ads, women 'of a certain age,' lonely women, well-to-do women, who are, in his words, 'ripe for the plucking.' He woos them, screws them (sometimes), robs them and disappears.”