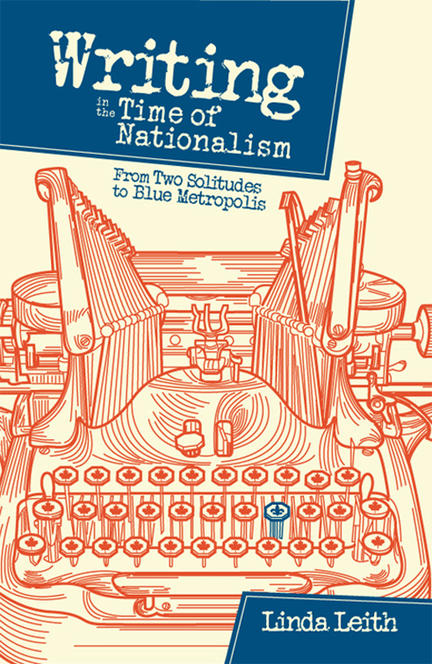 Writing in the Time of Nationalism: From Two Solitudes to Blue Metropolis is an insider's story of the writers who have been caught between these rival nationalisms. Herself a writer, Linda Leith was a leading figure in the creation of the Quebec Writers' Federation, and she is founder of Blue Metropolis Foundation. The story she tells is the story of a literary community that went missing from the map of Canada for a generation, and that has reemerged over the past ten years in a renaissance that has garnered international attention, winning some of the major book prizes such as Booker and Dublin IMPAC.

Excerpt: Writing in the Time of Nationalism: From Two Solitudes to Blue Metropolis (by (author) Linda Leith)

The story I have to tell begins in the glory days when Hugh MacLennan published Two Solitudes in 1945 and Mavis Gallant, Brian Moore, and Mordecai Richler emerged on to the international literary scene in the 1950s. It's a story that moves into a long decline in English-language Montreal fiction that started in the 1960s, when nationalism was on the rise, and lasted more than three decades. This is a literary story, in other words, and a literary story best understood in the context of the time.

It's a personal story, as well. I am not from Montreal, but I am more at home here than anywhere else, having lived here for most of the time since immigrating with my family in 1963. I became interested in Quebec, and sympathized with Quebec's frustrations and aspirations. When I started teaching and writing about the work of Montreal writers in the late 1970s and 1980s, I focused on writers working in French as well as in English, and I discovered that Montreal's English-language writers had now disappeared from sight. I got involved in working to create the context in which it would be possible for them to thrive. I myself became a writer, and when I got to know other writers, a couple of us crossed town to work with French-speaking writers. By the late 1990s, I was part of a small group convinced that Montreal needed an international literary festival that would bring together writers working in English and French and other languages. I called it Blue Metropolis.

The story I have to tell continues to evolve, as new writers, new books, and new events appear on the scene every season. It's a story worth telling, for it has a good shape, with a glorious beginning, a disheartening middle, and a better ending than any of us could have predicted. The Anglo Literary Revival is what we were working for all along, even if we never imagined it would happen.

In the 1940s, Montreal was the literary capital of Canada. Modernist poets writing in English flourished alongside internationally published realist novelists, both anglophone and francophone. The post-war boom that shifted Canada's economic centre westward to Toronto coincided with rising support for independence among Quebec francophones. Between the early 1960s and the referendum of 1995, a series of political crises brought Canada to the brink of dissolution. As Linda Leith recounts in this candid, engaging memoir, these events cast English writing in Quebec into a void between competing nationalisms. The return of Anglo-Quebec writers to international prominence may simply mean that global marketing has become stronger than the most stubborn nationalism.