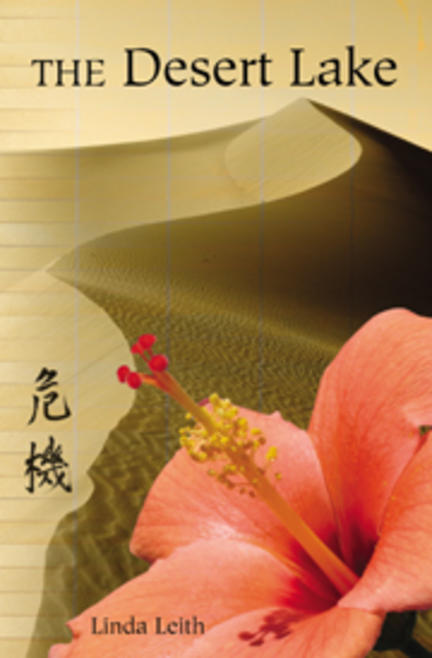 Barbara Crossie, a 31-year-old relationships columnist, has been invited by her friend Harry to join a Canadian delegation to China. Also in the delegation is the formidable Elizabeth Pearl Murray, head of the Writers' Guild, who used to live in China. Barbara's not sure what she has to contribute, as she's only just published her first book— Mad About Men —-but Harry, a publisher of worthy political books, assures her she will be great, the trip will be great. Barbara agrees on the condition that they meet up with her agent, Josh, who also happens to be her long-distance lover. Barbara and Josh are at a crossroads, and she needs to find out if they are going to take the next step in their relationship. Although Harry is a little in love with Barbara himself, he reluctantly agrees to include Josh.

But things go awry from the moment of their arrival, when Josh simply doesn't appear. When Barbara manages to reach his office and finds out he has not only not taken the flight to China, but is at his mountain cabin and unreachable, she is at a loss what to do, and so she carries on with her companions, traveling the Silk Road to the ends of the earth, and eventually finding herself in the deadliest desert on earth. And that is where she learns how to fit the keys words in her personal lexicon together and tell her story.

Love, loss, and discovery are only part of The Desert Lake. This is a smart and subtle literary novel that also manages to be a page turner.

How could Josh do this to her? She had trusted him.

She looked around her, feeling an impulse to get up and move, but there was nowhere to go.

"What would you like to be able to say in Chinese?" Joie had her hand on Barbara's arm. She was sitting beside Barbara and had a dictionary in front of her.

There was something formidable about Joie. She seemed not only contented but wise. If she herself were in trouble, she would know just what to do. Of course, she probably never did get herself in trouble.

And if Barbara were to throw herself on Joie's mercy, ask her what to do?

No. That wouldn't work. She would resent anything Joie would say. She could feel herself bristle at the very thought of advice from Joie. Advice from anyone, for that matter. Barbara was going to have to figure this out for herself.

Barbara tried to concentrate, shook her head. It had never really occured to her that she might want to communicate in Chinese. French and English, OK. That was her daily life. But Chinese? Barbara could not think of a single word.

"There must be something you want to be able to say," Joie insisted.

Barbara couldn't think of what to say to Joie. Strong characters had this effect on Barbara. Joie was right, surely. There must be something Barbara would want to be able to say.

But what? Why couldn't she think of anything? Barbara felt hopeless. Why was she here? She would never have agreed to come here without Josh.

"Danger," she said finally, in desperation, pointing to the first word on her notebook page. Joie peered at the word. "Danger," she read. Only then she continued reading. "And an opportunity."

Barbara closed her notebook, but it was too late.

"Danger and an opportunity?" Harry repeated in a very loud voice. "There's a whole debate about that."

People in the seats nearby turned around to see what he was talking about.

"Yes. What is that all about?" Joie asked, her finger moving down a dictionary page. "Don't tell me, Fu! I want to see if I can find it. Yes, here it is!" she exclaimed finally. "Wei ji."

"Wei is danger," Joie read, flipping the pages. "That much is for sure. And ji can be translated as opportunity. Or," she read, "as a crucial point. Chance. A pivotal moment. Crisis, in short."

“Leith's new book, The Desert Lake, is about a Montreal journalist on a trip to China. Though it's a serious novel about a 30-something woman struggling with her personal life, it's leavened with humour. The endearing heroine seems at times like a second cousin of Bridget Jones, dressing inappropriately and making faux pas in a foreign country.”