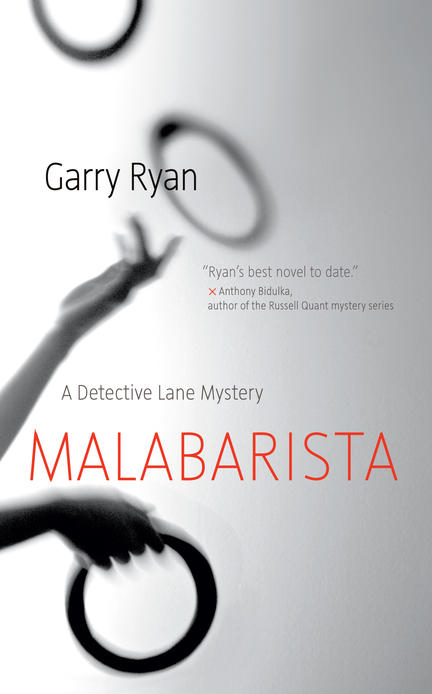 Garry Ryan follows up Smoked with his most revelatory Detective Lane adventure yet. Under investigation by the Calgary Police Department, Lane finds himself fighting for his career. Then, when an Eastern European war criminal winds up dead in the city, and his partner Arthur is diagnosed with cancer, Lane must contend with dangerous criminals, broken allegiances, pressure from his superiors, a determined bomber, and the very real fear of losing the person he cares for most of all.

Praise for Malabarista
"The plot line in Malabarista is so taut that the reader goes for gluttony; this reviewer is not alone in the habit of polishing off Ryan's novels in under 24 hours. Detective Lane remains one of the most likeable and dynamic protagonists in contemporary prairie fiction."
~ Jay Smith, Alberta Views
"Ryan is adept at merging, without blurring, the pressures and complexities of the job and the home front. Dialogue supports the storyline and reveals character motivation, action, and a compelling climax. Ryan writes a series that has settled into the Canadian landscape of mystery police procedurals and that satisfies the demands of something more than just a good read."
~ Don Graves, The Hamilton Spectator
"Definitely Ryan’s best book so far."
~ Margaret Cannon, The Globe and Mail