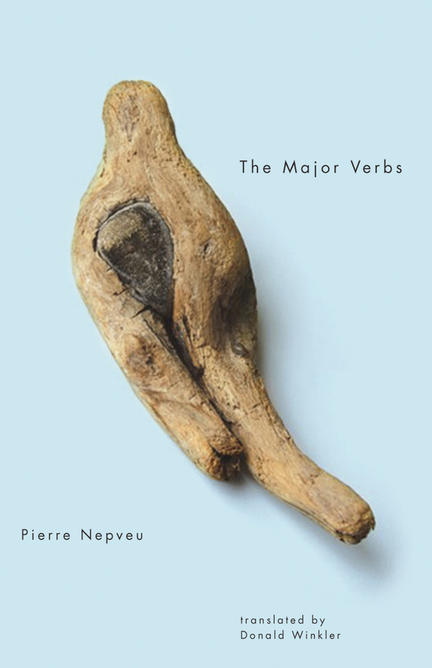 Pierre Nepveu is unique among French Quebec poets for having forged a voice at once unadorned, sensuous and adventurous.His new collection, The Major Verbs,is a masterwork consisting of three sequences: one focussing on an immigrant night cleaner glimpsed on a subway, another, a riff on a group of stones on a table, and the third concerning the poet’s parents and their deaths.The book closes with a long meditative poem written in the American southwest. The Major Verbs (under its original title, Les Verbes Majeur) was nominated for a Governor-General’s Award for Poetry in 2010. Nepveu’s poetry collection, Mirabel won the 2003 Governor General Award for its original French-language edition and the 2004Governor General Award for Translation (Judith Cowan,translator, Signal Editions).

Pierre Nepveuis a Montreal critic, essayist, poet and teacher. He has received the Governor General’s Award three times—in 1997 for the collection of poems Romans-fleuves, in 1998 for the essay Intérieurs du Nouveau Monde, and in 2003 for Lignes Aériennes. His many other awards include the Québec-Paris Prize, the Prix Victor-Barbeau de l’Académie des lettres du Québec, and the Canada-Swiss Prize. Pierre Nepveu has taught in the Département d’études françaises at the Université de Montréal since 1978.

Donald Winkler is a filmmaker and translator. He won the Governor General’s Literary Award for Translation and has been a finalist four times. His translation of Daniel Poliquin’s La Kermesse [A Secret Between Us] was a finalist for the 2007 Giller Prize. He lives in Montreal, Quebec.
Writer, playwright, director, actor, journalist, historian, and critic, Jean-Claude Germain is a Quebec icon. He taught at the National Theatre School of Canada and was artistic director of Théâtre d’aujourd’hui (1972-1982). Well-known for his story telling on the radio, he related the year-by-year saga of the history of Montreal from 1642 to 1992 at the morning show CBF-Bonjour, the 350 episodes were ultimately published in three volumes as Le Feuilleton de Montréal/i>.

Other titles by Pierre Nepveu