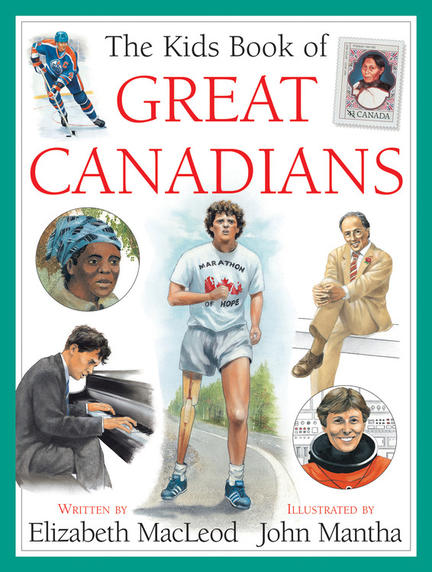 Canada is the world's second largest country, but Canadians are second to none. Many of our extraordinary men, women and children have been recognized worldwide for their contributions to exploration, science and technology, business, the arts, government and sports.

Featuring fact boxes, quotes, a timeline and more, this title in the Kids Book of series is a tribute to more than 150 “greats” and their incredible accomplishments.

MacLeod is the savvy author of several well-received biographies - of Albert Einstein, Alexander Graham Bell and Lucy Maud Montgomery - for young readers. Her approach and writing are key elements in making the book such a whopping success.