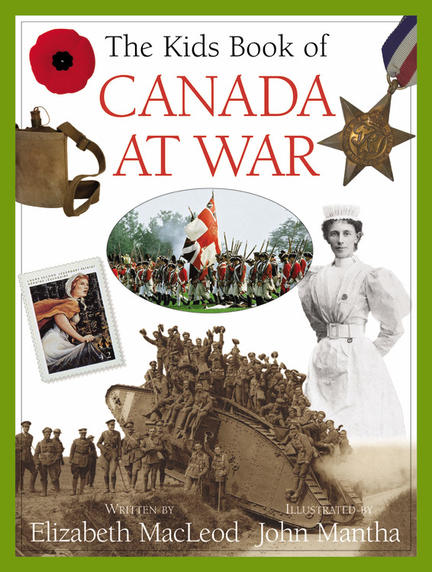 War is a time of terrible tragedy and great loss. But it is also a time of incredible courage and determination. In this entry in the acclaimed Kids Book of series, Elizabeth MacLeod looks at Canada's battles and wars and at the people who fought in them. From the earliest recorded battles on Canadian soil to Canada's overseas peacekeeping missions today, kids will meet heroic Canadians, learn about the technology of war and read chilling first-person accounts from soldiers on the battlefields. Scattered throughout are guides to museums and historic sites to visit. Visually rich, with illustrations, maps and archival photographs, The Kids Book of Canada at War is a comprehensive summary of an important part of Canadian history.

This book looks at Canada's battles and wars and at the people who fought them. Meet heroic Canadians, learn about the technology of war and read chilling first-person accounts from soldiers on the battlefields. Illustrations, photographs, sidebars, timeline and index included.