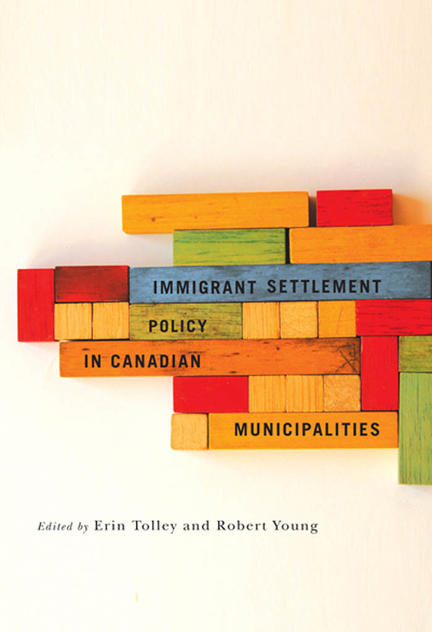 Canada has, by most accounts, one of the most successful immigration programs in the world, a function of the policies, programs, and services that assist newcomers. Immigrant settlement is a crucial policy field that involves governments, communities, and a range of social forces. Constitutionally, immigration matters are an area of shared jurisdiction, but the federal government has long been the dominant player. Provinces and municipalities, however, are now pushing for an expanded policy role, increased resources, and governance arrangements that recognize the important part they play in immigrant settlement.

Drawing on a great many in-depth interviews with government officials and front-line workers, contributors provide a comparative assessment of approaches to immigrant settlement in nineteen Canadian municipalities. This is complemented by a discussion of the federal government's role in this policy field, and by a comprehensive introduction and conclusion, which ground the book historically and thematically, synthesize its key findings, and provide recommendations for addressing the challenges related to intergovernmental cooperation, settlement service delivery, and overall immigrant outcomes. Individual chapters examine the mechanics of public policy-making but also tell a story about diverse and innovative approaches to immigrant settlement in Canada's towns and cities, about gaps and problems in the system, and about the ways in which governments and communities are working together to facilitate integration.

Erin Tolley is an associate professor in the Department of Political Science at Carleton University.

Other titles by Erin Tolley

Media and the Coverage of Race in Canadian Politics

The Representation of Immigrants, Minorities, and Women