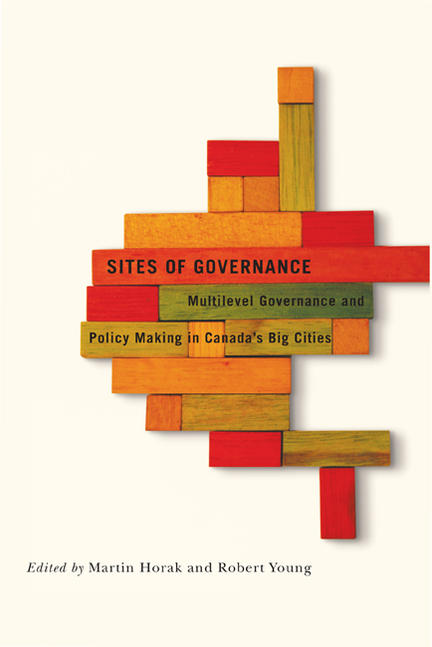 Policies forged by all levels of government affect the lives of urban residents. Contributors to this volume explore how intergovernmental relations shape urban policies and how various social forces are involved in - or excluded from - the policy process.

Focusing on diverse policy fields including emergency planning, image-building, immigrant settlement, infrastructure, federal property, and urban Aboriginal policy, Sites of Governance presents detailed studies of the largest city in each of Canada's provinces. Drawing on extensive documentary research and hundreds of interviews, contributors offer rich, nuanced analyses and a wealth of policy cases, ranging from preparation for the Vancouver 2010 Olympics to the development of innovative immigrant settlement programming in Winnipeg. Dominant themes include the importance of resources and formal jurisdiction in multilevel policy making, and the struggle for influence between business interests and other social forces.

Essential reading for anyone concerned with the quality of urban life in Canada, Sites of Governance offers important insights about how multilevel governance works in Canadian cities.

Martin Horak is associate professor of political science at the University of Western Ontario.

Other titles by Martin Horak

Institutions and Democratic Development in Prague