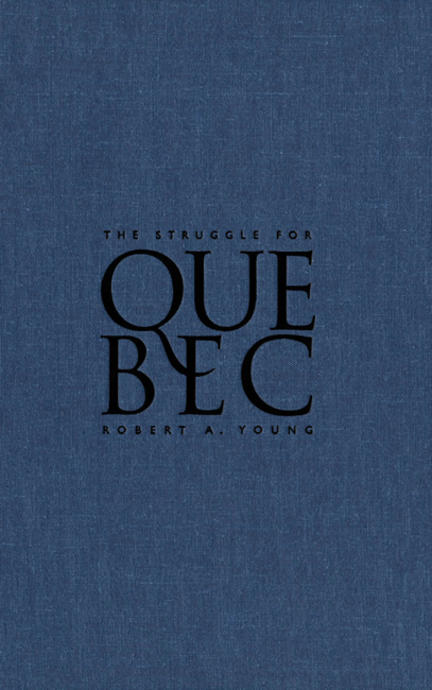 In The Struggle for Quebec Young updates this work, treating new developments and making his analysis accessible to a wider audience. He describes the prelude to the 1995 referendum campaign, as well as the history of the campaign itself, analysing the arguments deployed by federalists and sovereigntists and seeking to explain why the Yes forces gained ground in 1995 and almost won. He also suggests what would have happened if the Yes side had actually won the 1995 referendum.

Young then assesses the fallout of the referendum - its impact on the attitudes and behaviour of the public, elites, and foreign governments - and describes how the sovereigntists and federalists are manoeuvring around the prospect of another referendum. He considers Lucien Bouchard's policies as well as Ottawa's attempts both to accommodate Quebecers' desires for change - Plan A - and to demonstrate how difficult secession would be - Plan B - and analyses the 1997 federal election and the Calgary accord.

All of this lays the groundwork for prediction and Young provides a set of scenarios about what would happen after a Yes vote in a future referendum on sovereignty. The Struggle for Quebec is a current, thorough, and lively book which is indispensable reading for all Canadians concerned with their future.