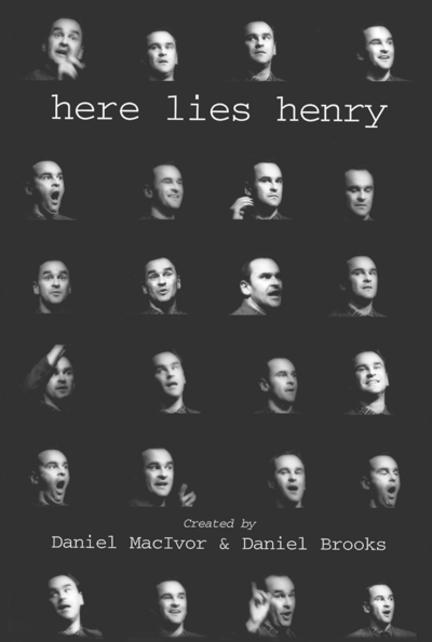 Daniel MacIvor was born in Cape Breton, Nova Scotia. He is the author and director of numerous award-winning theatre productions including See Bob Run, Wild Abandon, 2-2-Tango, This Is A Play, The Soldier Dreams, You Are Here, How It Works, A Beautiful View, Communion, and Bingo! From 1987 to 2007 with Sherrie Johnson he ran da da kamera, a respected international touring company that brought his work to Australia, the UK and extensively throughout the US and Canada. With long time collaborator Daniel Brooks, he created the solo performances House, Here Lies Henry, Monster, Cul-de-sac and This Is What Happens Next. Daniel won a GLAAD Award and a Village Voice Obie Award in 2002 for his play In On It, which was presented at PS 122 in New York. In 2006, Daniel received the Governor General’s Literary Award for Drama for his collection of plays I Still Love You. In 2008, he was awarded the prestigious Siminovitch Prize in Theatre.

Daniel Brooks has worked as a director writer, actor, producer, and teacher. He is a mainstay of this countryâ??s theatre, working with a network of Ontario-based writers, playwrights, and directors who virtually define the current scene (Guillermo Verdecchia, Daniel MacIvor, and John Mighton among them). He has been co-director of the Augusta Company and da da kamera, and playwright-in-residence at Tarragon Theatre. He is currently Artistic Director of Necessary Angel Theatre Company.

Daniel has won several awards, including the Chalmers (for Noam Chomsky, Here Lies Henry, House), the Dora Mavor Moore Award three times for directing, the Edinburgh Fringe First Award (Here Lies Henry); and has been nominated for the Governor Generalâ??s Literary Award (Noam Chomsky). In October 2000, he won the Capital Critics Circle Award for his direction of Possible Worlds. In October 2001, he received the first Elinore and Lou Siminovitch Prize in Theatre.

Daniel has also worked in film, notably with Bruce McDonald (whose film Highway 61 was inspired by Pokey.)

His highly innovative work has travelled across Canada and around the world. He is married to Jennifer Ross. They have two daughters, and live in Toronto.

Other titles by Daniel MacIvor

This Is What Happens Next

Other titles by Daniel Brooks

The Full Light of Day