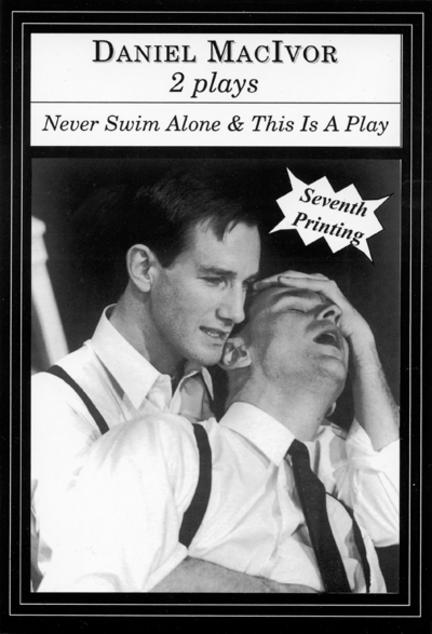 Never Swim Alone is a play about two men locked in a deadly competition."...a perfectly self-contained and unabashedly artificial work… [MacIvor] is a writer with an angular sense of humour and an uncommon knack for probing basic elements and truths of human behaviour." —Vit Wagner, Toronto StarThis Is a Play is a hilarious postmodern romp through the interior lives of actors in a bad play."Ingenious, whimsical, a lyrical lunacy in the writing, This Is A Play is a theatre experience comedy you might associate with Tom Stoppard." —Liam Lacey, Globe and Mail

Daniel MacIvor was born in Cape Breton, Nova Scotia. He is the author and director of numerous award-winning theatre productions including See Bob Run, Wild Abandon, 2-2-Tango, This Is A Play, The Soldier Dreams, You Are Here, How It Works, A Beautiful View, Communion, and Bingo! From 1987 to 2007 with Sherrie Johnson he ran da da kamera, a respected international touring company that brought his work to Australia, the UK and extensively throughout the US and Canada. With long time collaborator Daniel Brooks, he created the solo performances House, Here Lies Henry, Monster, Cul-de-sac and This Is What Happens Next. Daniel won a GLAAD Award and a Village Voice Obie Award in 2002 for his play In On It, which was presented at PS 122 in New York. In 2006, Daniel received the Governor General’s Literary Award for Drama for his collection of plays I Still Love You. In 2008, he was awarded the prestigious Siminovitch Prize in Theatre.

Other titles by Daniel MacIvor

This Is What Happens Next