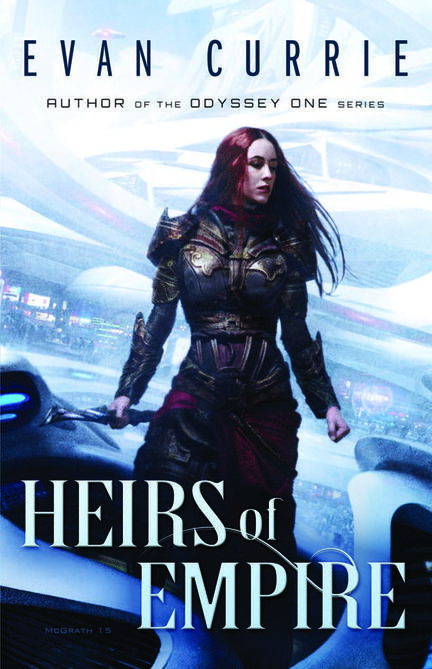 The Scourwind family legacy brought the empire to the height of its power and prosperity and defended it against all enemies. Now one man’s machinations aim to shift the balance of power—with violent and devastating consequences.

When the trusted General Corian launches a coup against Emperor Scourwind, he hurls the planetary kingdom into chaos. To secure his claim as ruler, Corian will need the strength of the Scourwind name behind him, and he will stop at nothing to bring under his grasp the young Scourwind heirs, twins Lydia and Brennan. Barely into adulthood, the two are thrust into the crossfire. Battling new obstacles at every turn, they eventually find refuge with Mira Delsol, pirate and former member of the elite empire forces.

As the stakes rise, loyalists, mercenaries, and political opportunists rally around the heirs in a desperate bid to unseat the usurper. But if their risky gambit fails, will the empire crumble into oblivion?