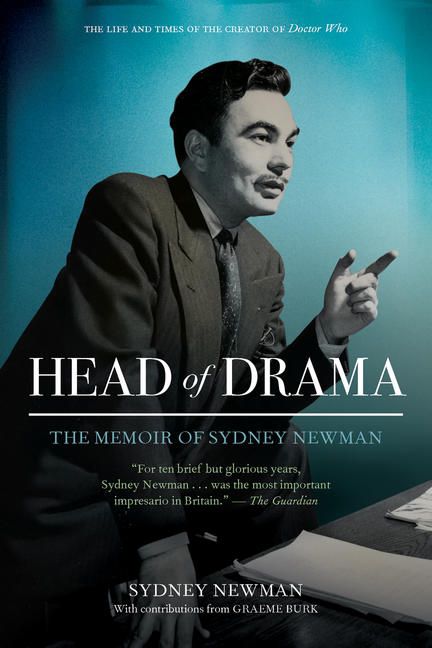 A major influence on the BBC and independent television in Britain in the 1960s, as well as on CBC and the National Film Board in Canada, Sydney Newman acted as head of drama at a key period in the history of television. For the first time, his comprehensive memoirs — written in the years before his death in 1997 — are being made public.

Born to a poor Jewish family in the tenements of Queen Street in Toronto, Newman’s artistic talent got him a job at the NFB under John Grierson. He then became one of the first producers at CBC TV before heading overseas to the U.K. where he revitalized drama programming. Harold Pinter and Alun Owen were playwrights whom Newman nurtured, and their contemporary, socially conscious plays were successful, both artistically and commercially. At the BBC, overseeing a staff of 400, he developed a science fiction show that flourishes to this day: Doctor Who.

Providing further context to Newman’s memoir is an in-depth biographical essay by Graeme Burk, which positions Newman’s legacy in the history of television, and an afterword by one of Sydney’s daughters, Deirdre Newman.

“In a modern age where ‘get up and go’ ambition has been replaced with the need for multiple college degrees, Newman's story of climbing the executive ladder on grit and blarney may be an eye-opener . . . If you're a fan of The Avengers or Doctor Who(especially if you saw the film An Adventure in Space and Time and wondered about that bombastic man ordering Jessica Raine's Verity Lambert about), you probably will enjoy Newman's story.” — A Cozy Nook to Read In blog

Other titles by Graeme Burk