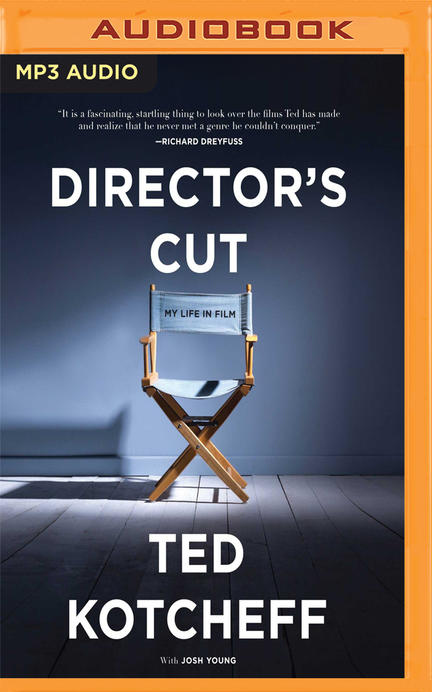 With six decades in show business, legendary director Ted Kotcheff looks back on his life.

Born to immigrant parents and raised in the slums of Toronto during the Depression, Ted Kotcheff learned storytelling on the streets before taking a stagehand job at CBC Television. Discovering his skills with actors and production, Kotcheff went on to direct some of the greatest films of the freewheeling 1970s, including The Apprenticeship of Duddy Kravitz, Wake in Fright, and North Dallas Forty. After directing the 1980s blockbusters First Blood and Weekend at Bernie's, Kotcheff helped produce the groundbreaking TV show Law & Order: Special Victims Unit. During his career, he was declared a Communist by the US government, banned from the Royal Albert Hall in London, and coped with assassination threats to one of his lead actors.

With his seminal films enjoying a critical renaissance, including praise from Martin Scorsese and Nick Cave, Kotcheff now turns the lens on himself. Witty and fearless, Director's Cut is not just a memoir, but also a close-up on life and craft, with stories of his long friendship with Mordecai Richler and working with stars like Sylvester Stallone, James Mason, Gregory Peck, Ingmar Bergman, Gene Hackman, Jane Fonda, and Richard Dreyfuss, as well as advice on how to survive the slings and arrows of Hollywood.

Josh Young's newspaper column,Dang Near Native,has garnered awards in the humor category from the National Newspaper Association two years running. When not roaming the state enjoying the offbeat, Josh may be found at home at his Long Creek Herb Farm, on the Arkansas border.

Other titles by Josh Young

Other titles by Aaron Abano

by (author) Andrée A. Michaud
translated by Donald Winkler
read by Aaron Abano