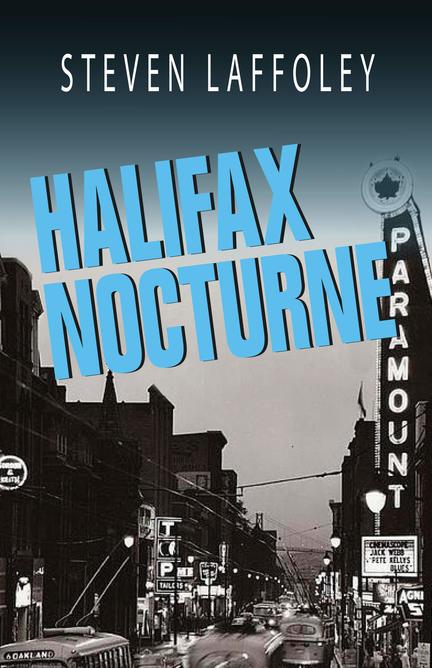 December 1954: the old city in winter wears its two hundred years of grime and vice without any shame. The paint peels from ramshackle homes, and the streets congeal with snow and mud. Weary pedestrians trudge through the bleakness with chins tucked below the collars of threadbare coats. Nothing comes easy to the old city, and nothing ever changes — too many tangled secrets and too many unspoken debts. And yet a new suspension bridge, being built out over the harbour to Dartmouth and set to open in the spring, promises a better tomorrow. Such promised are not easy to keep.

On the street, hard-drinking Halifax police detective Ray Vargas has an unfailing habit for finding trouble, and when a man is found shot to death in the back of a Chevy truck, Vargas finds more trouble than he can handle — the murdered man is his oldest friend and the husband of his lover. .

Frank's death reminds Ray of an unspoken debt left unpaid. He sets off to find a killer in a city that doesn't much want a killer to be found. At every turn, he encounters lies and danger. With his partner Artie Brennan and friends Ezekiel Dixon and jazz great Louis Armstrong, Ray tries to make sense of the deepening mystery, but hope is hard to come by — at least until he meets Lee White, Frank's one-time assistant, who might just be his own bridge to a better tomorrow. .

Nothing in Halifax is what it seems. As the tension builds, and the stakes grow higher, Ray knows that his own future with Lee depends on his solving the mystery. But to do that, he must make a difficult choice: cross a bridge — or burn it.