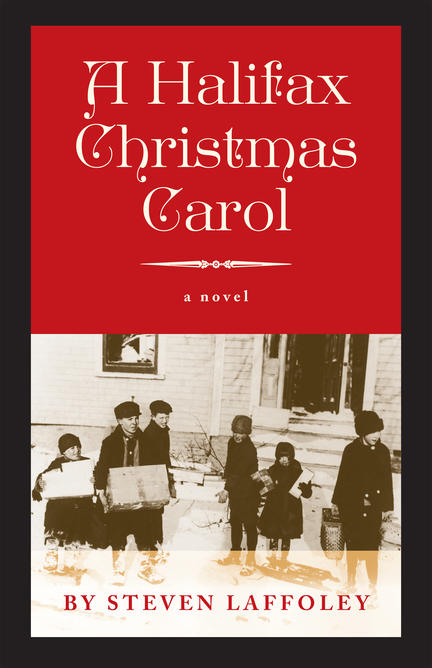 It is December 1918. The old world--shaped by the values of Queen Victoria and Charles Dickens-- is gone and the new world now wallows in post-war chaos and darkness.

A veteran of the gas attacks and trenches, Michael Bell has returned home to a city traumatized by war and devastated by an explosion, where he finds work at The Halifax Herald writing about what he sees as the truth, about an age defined only by lawlessness, disease, and disorder.

Then, four days before Christmas, Michael finds his truth-telling efforts challenged by a small, one-legged boy who arrives at the newspaper office with a single, silver twenty-five-cent piece for "the kids." When the boy strangely disappears, the paper's editor, Walter Stone, sees a potential Dickensian story for a city in desperate need of hope. He assigns Michael and new reporter Tess Archer the job of finding the boy and telling his story--all before the Christmas Eve edition.

At first, Michael objects, believing such stories to be dangerous lies in the face of the dark truths. However, after a mysterious dream of his mother leads to difficult questions, he accepts the assignment, if only to prove small acts of generosity are meaningless in the face of a growing darkness. Yet, as Michael follows his leads through an array of the city's desperate people, he is increasingly haunted by the hidden meaning of his dream and soon realizes understanding will only come if he finds the boy. But for Michael and the city, time is fast running out.

Filled with a cast of compelling characters and vivid images, A Halifax Christmas Carol tells the story of a true age of darkness and the transformative power of hope.