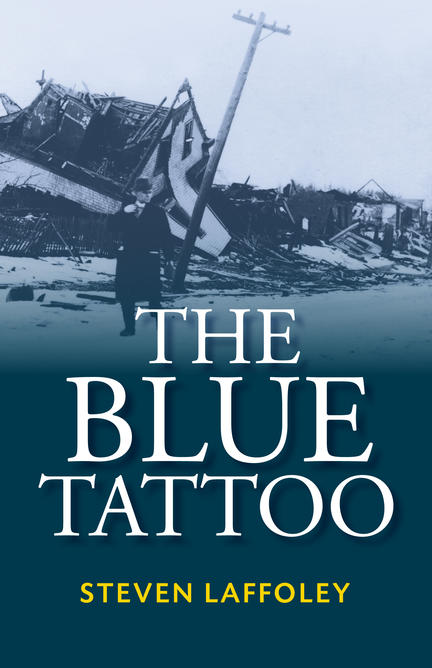 From award-winning author Steven Laffoley comes a compelling tale of love and loss, despair and hope, based on real people and real events. It brings to life one of the most extraordinary stories of our time – The Halifax Explosion.

It’s 1917. The Great War has given rise to unprecedented prosperity to staid, Victorian Halifax. It has also given rise to an explosive desire for change. A medical student and daughter of a prominent Halifax family, Elizabeth Beckett dreams of bringing equality to women in an age when men alone control the world. She fights for equality and to give women a voice in the politics of war. At the same time, sugar refinery worker Danny Cohen dreams of leaving Halifax and a deadly war machine that he sees as only serving the wealthy. He fights to make the money he needs so he can escape. When their lives collide, their dreams and their views of the world are challenged by the promise of love. Yet their differing beliefs prove too much and they are torn apart.  Elizabeth returns to her suffrage movement while Danny escapes to Boston for a better life.

However, when two ships collide in Halifax Harbour on December 6, 1917, and the greatest explosion the world had ever known is unleashed on the city, their eyes are opened to new truths. Elizabeth is swept up in the chaos that follows the explosion and works courageously at a local hospital, overrun with the horribly injured. She finds dwindling medical supplies and worsening conditions, only to face a once-in-a-generation snowstorm that promises to take away whatever hope remains. Without fresh medical supplies, hundreds will soon die.

Meanwhile, desperate to return home, Danny hears of a medical relief train is leaving Boston. In charge is a man with a dark past who promises to race to Halifax in record time. Danny manages to get on the train, only to face a snowstorm that stops it in its tracks. Without action and personal sacrifice, the train may never arrive.

Filled with a cast of unforgettable characters – from Boston mayor James Michael Curley to Group of Seven painter Arthur Lismer – The Blue Tattoo tells the sweeping story of the lives caught up in the unbelievable devastation of the Halifax Explosion.

Steven Laffoley is the author of six books, including Hunting Halifax and The Devil and the Deep Blue Sea, and the award-winning biography of boxer George Dixon, Shadowboxing. He lives in Halifax, Nova Scotia.

Atlantic Canada Fiction for the Holidays 2014