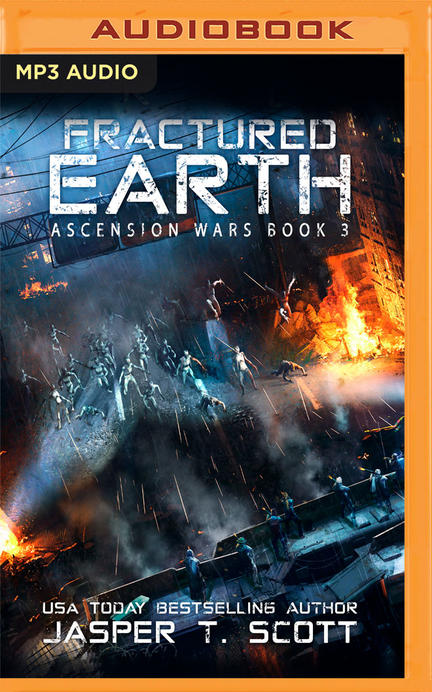 Human life has just become the rarest resource of them all.

Clayton Cross has been reunited with his family, and he's joined forces with the remnants of Phoenix, a human resistance group from the Wastes outside of New Houston. But following a traitorous double-cross by their Chrona ally, Specter, most of the world's remaining population has turned into the failed human-alien hybrids known as Dregs. The world is no longer divided into safe, civilized cities run by the Kyra, and even they have abandoned Earth, declaring it a quarantine zone to contain a deadly new version of their virus, engineered by the Chrona.

Earth is overrun with alien predators.

The survivors are left to fight over dwindling resources.

People must find refuge before they are hunted to death, but they are competing with rival groups for vital resources and shelter - and some of them are better equipped than others.

Clayton and the rest of Phoenix are faced with hard choices in this Fractured Earth as new and old enemies pursue them. When the choice is kill or be killed, death is the only way out.