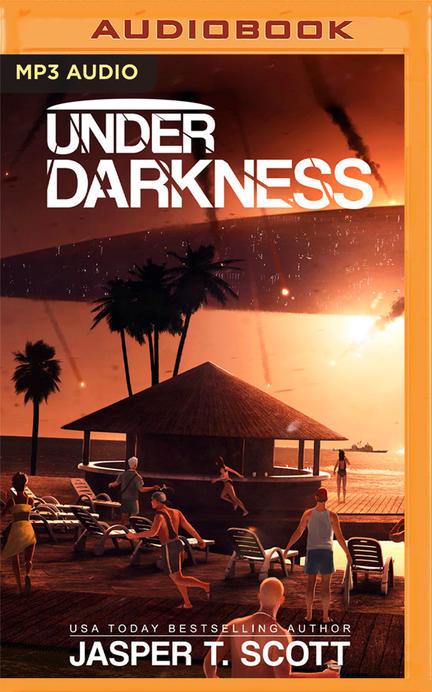 From the USA Today best-selling author of Dark Space... a series of unrelated stand-alone sci-fi novels; no sequels and no cliffhangers

The sun vanished and darkness fell in the middle of the day, and then the meteors began to fall....

Bill Steele is in the trenches, trying to survive in the competitive world of luxury vacation resorts on the island of Kauai. Today is a particularly bad day; the water main burst and his guests are demanding refunds and promising bad reviews. In the middle of this, a dark shadow falls over the island. It's not a lunar eclipse, because Bill can clearly see the crescent moon shimmering on the water. This is something else.

Moments later, the meteors begin to fall. One of them lands in the water just beyond the resort. Everyone flees screaming to their rooms, expecting a wall of water to follow, but the tsunami never arrives. Bill and his daughter watch the news from the relative safety of their third-floor suite. The anchorman is fleeing from his hillside vantage point with his cameraman in hot pursuit. Their muffled screams are the last thing anyone hears before the signal is lost....

If you liked the movies Alien and Independence Day, you'll love Under Darkness.