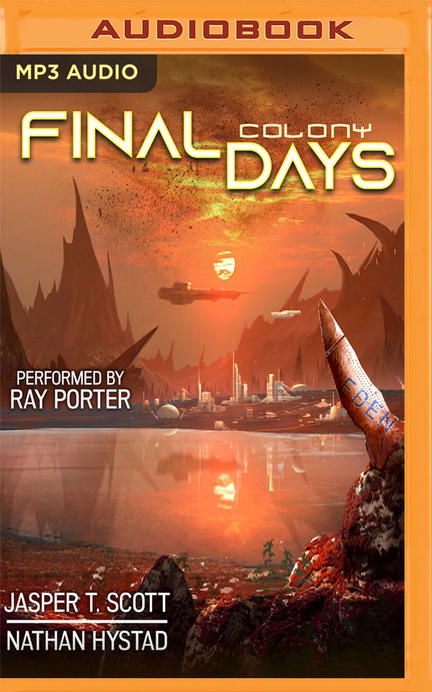 Earth is gone. Eden promises a new start for mankind.

Kendra, Andrew, and the other survivors arrive with Lewis Hound's chosen people at an unfamiliar planet with more questions than answers: how did they get there? Where did all of the advanced technology come from? And is this really Proxima B Centauri?

The colony ship breaks into sections and makes an emergency landing amidst a meteor shower, and Lewis Hound, Eden's enigmatic leader, goes missing.

Despite their misgivings and the initial chaos, people soon settle into a routine in the fledgling colony. But a growing number of suspicious circumstances lead Andrew and Kendra to doubt what they're being told, and they begin to think that there might be more dangerous predators about than the ones on four legs.

With new friends and old adversaries, they struggle to find the truth behind a growing web of deceit.

What is beyond the forbidden mountain ranges that surround the valley where they landed? And where is Lewis Hound?

Final Days: Colony is the second book in an epic new series by Jasper T. Scott and Nathan Hystad.