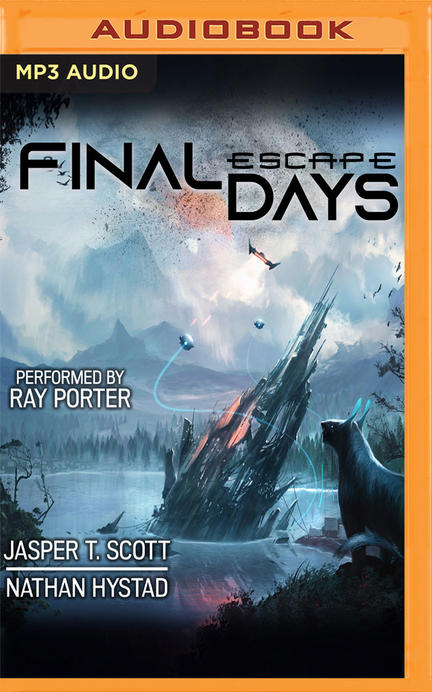 Andrew and Kendra have learned what's on the other side of the ridge, but it leaves them with more questions than answers. Their colony has turned into a dictatorship under the thumb of its delusional self-appointed leader, the Reverend, making their lives a living nightmare.

With a plan in place and help from their new allies, the group plans to sneak out of the colony and make contact with their new neighbors.

But nothing in Eden is ever as simple as it seems.

Join Earth's remaining survivors as they struggle for freedom and learn the truth of why they were really saved.

Final Days: Escape is the stunning conclusion to the epic new series by Jasper T. Scott and Nathan Hystad.