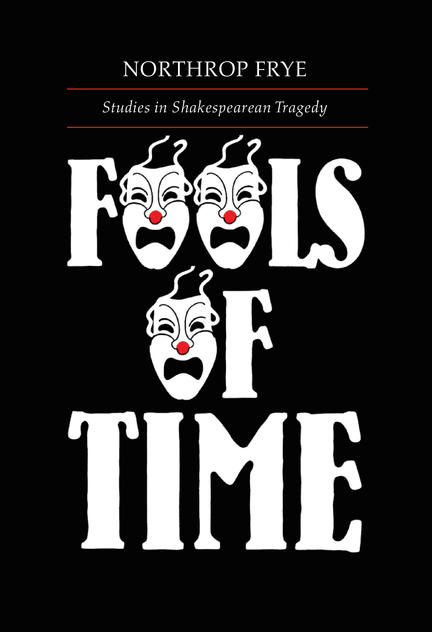 In the Alexander Lectures for 1965-66 at the University of Toronto, Dr. Frye describes the basis of the tragic vision as "being in time," in which death as "the essential event that gives shape and form to life ... defines the individual, and marks him off from the continuity of life that flows indefinitely between the past and the future."

In Dr. Frye's view, three general types can be distinguished in Shakespearean tragedy, the tragedy of order, the tragedy of passion, and the tragedy of isolation, in all of which a pattern of "being in time" shapes the action. In the first type, of which Julius Caesar, Macbeth, and Hamlet are examples, a strong ruler is killed, replaced by a rebel-figure, and avenged by a nemesis-figure; in the second, represented by Romeo and Juliet, Anthony and Cleopatra, and Troilus and Cressida, authority is split and the hero is destroyed by a conflict between social and personal loyalties; and in the third, Othello, King Lear, and Timon of Athens, the central figure is cut off from his world, largely as a result of his failure to comprehend the dynamics of that world. What all these plays show us, Dr. Frye maintains, is "the impact of heroic energy on the human situation" with the result that the "heroic is normally destroyed ... and the human situation goes on surviving."

Fools of Time will be welcomed not only by many scholars who are familiar with Dr. Frye's keen critical insight but also by undergraduates, graduates, high-school and university teachers who have long valued his work as a means toward a firmer grasp and deeper understanding of English literature.