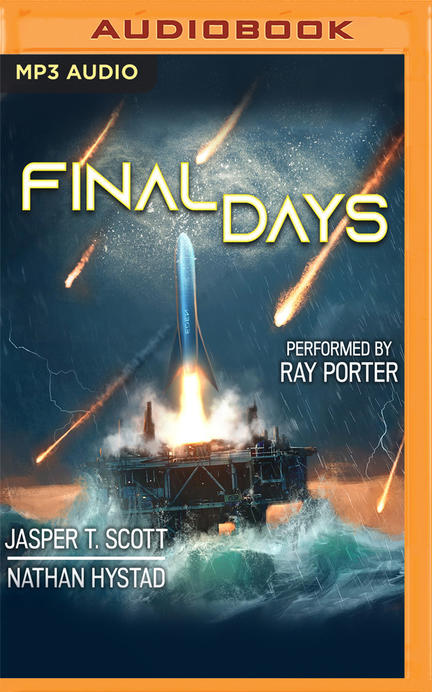 The countdown to the end of the world has begun.

A mysterious convergence of natural disasters threatens to destroy life as we know it, and people across the United States are going missing. With no one left to investigate, Special Agent Kendra Baker takes the case, trying to solve the disappearances before she's out of time.

Among those abducted is Valeria Miller, the daughter of ex-Marine Corporal Andrew Miller, and he'll stop at nothing to find her.

With the help of an unstable conspiracy theorist, they find themselves on the trail of a reclusive billionaire who just might have all the answers.

As the natural catastrophes escalate and the evacuations commence, it becomes a race against the clock to find the abductees before it's too late.