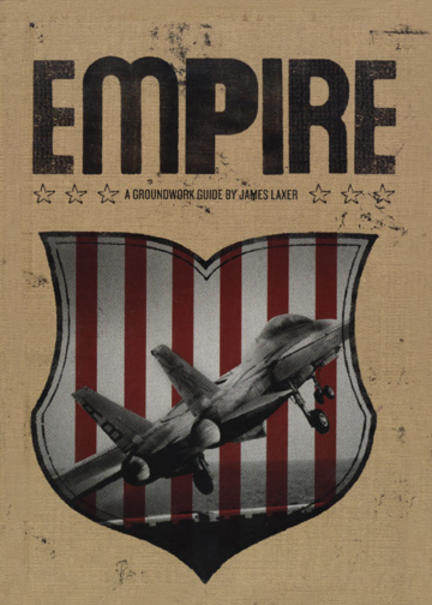 The United States presides over the most far-flung imperial system ever established. Empire compares the American Empire to those of the past, finding that much can be learned from the fates of the British, Roman, Chinese, Incan, and Aztec empires.

James Laxer draws ominous parallels with the British who discovered too late that empire building ultimately threatens the health of democracy at home. Documenting how the American Empire works and what it means to the rest of the world, Empire asks: Does the American Empire bring stability to a troubled world? Or, like its imperial predecessors, does it impose inequality and oppression on humanity? And what happens when an empire stumbles?

James Laxer, a professor of political science at York University in Toronto, has a wealth of experience analyzing American society. His best-selling book, Stalking the Elephant: My Discovery of America was described by Pulitzer Prize-winning columnist for the Boston Globe David Shribman as "a book by a Canadian that can change the United States." The book was by published by the New Press in New York under the title Discovering America: Travels in the Land of Guns, God and Corporate Gurus. One of Canada’s leading political thinkers, Laxer is frequently consulted for commentary of current national and global issues by the media. He lives in Toronto.

...a quick, clear look at past empires [and] an examination of the history and rise of the American empire.

...an amazing read. From the very first page it reached out and caught me, pulling me into a long lost world full of ambitious lords and vast empires...four-and-a-half stars.

Empire provides an accessible overview of the imperial concept and is particularly useful in its description of American hegemony.

An excellent primer for mature students and adults.

...a unique offering for researchers...

Each of the four well-written and engaging books in this valuable series provides a foundation for understanding an important subject relevant to current world stability and peace.

The award-winning author confronts a major issue – the role of the United States in world affairs – and concludes that the US is directing the largest empire ever known.

Other titles by James Laxer

A Boyhood in the Age of McCarthyism

Staking Claims to a Continent

John A. Macdonald, Abraham Lincoln, Jefferson Davis, and the Making of North America

Travels Through the Golden State