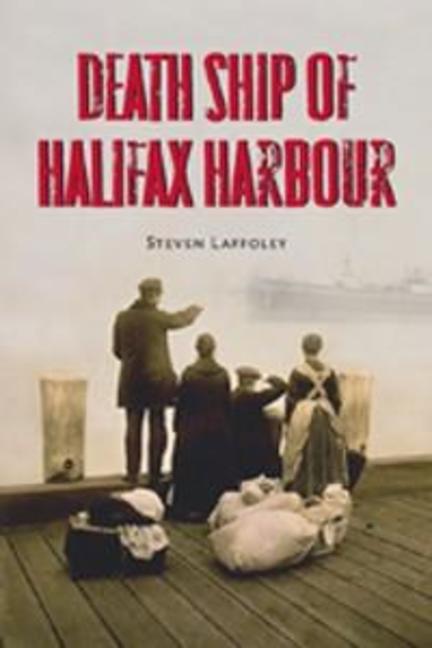 "On an uncomfortably muggy morning in early autumn, I found myself standing at the far end of a wide, battered wharf in Eastern Passage, Nova Scotia, looking for a man in knee-high, white rubber boots answering to the name of Captain Red Beard..I'd come in search of a death ship, or at least the historical whispers of a death ship -- an elegant old steamer that limped into Halifax harbour during the early hours of April 9, 1866, with more than a thousand Irish and German emigrants squeezed into its cramped, creaking holds. And I'd come in search of what travelled with them and, in fact, inside many of them: Asiatic cholera. And, finally, I'd come in search of the intertwining tales of those lives inexorably changed by history's worst cholera epidemic, which killed tens of thousands from Mecca to Manhattan to McNab's Island in the mouth of Halifax harbour." So begins another strange and surprising adventure of writer Steven Laffoley as he explores historic McNab's Island in search of Halifax during its time of cholera. As he investigates the rich history of the island and searches for clues to the many dark, cholera-ship tales, Steven confronts the nature of fear and the fear of nature, including fetid marshes, abandoned buildings, a berry-mad bear, a love-starved beaver, a gaggle of naked maidens, and two drunken revolutionaries just looking for some fun. Death Ship of Halifax Harbour is a fascinating and engaging tale of fate, fear and hope.