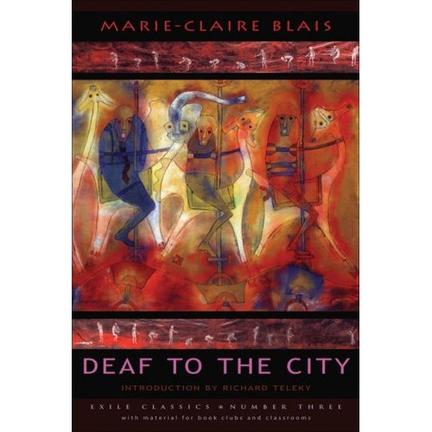 This compelling story explores the motley crew of characters?including mother-turned-stripper Gloria, alcoholic Tim, frequent jailbird Charlie, and the suicidal wife of a rich doctor?who call the rundown Hôtel des Voyageurs home. Mesmerizing in its passion and humility, the narrative evokes the despair and innocence present in modern urban surroundings.

Marie-Claire Blais is a defining figure in Canada&146;s literary landscape, with over 30 books to her credit, including La Belle Bete (Mad Shadows), published when she was twenty, Une Saison dans la vie d'Emmanuel (A Season in the Life of Emmanuel), which is now taught regularly in university and college courses, and Soifs (These Festive Nights), which won the Governor General's Award in 1996.

Other titles by Marie-Claire Blais

Mai at the Predators' Ball