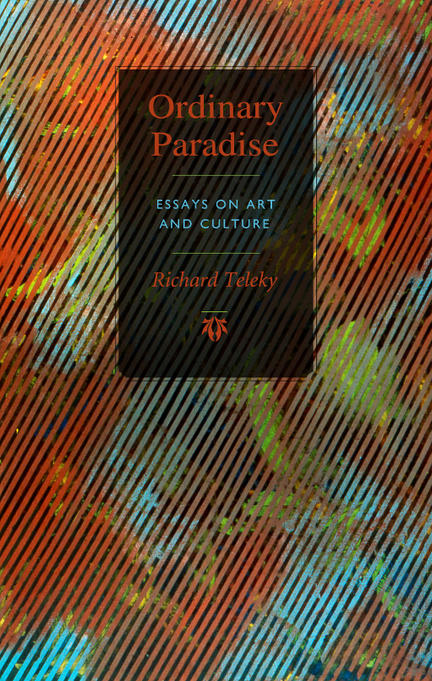 The essays in Ordinary Paradise muse on what it means to be engaged with literature, music, film and the visual arts, and celebrate the extraordinary power that creative accomplishment can have on our daily lives.

Suddenly, it seems, everyone is turning sixty. The baby boomer generation-born after World War II, between 1946 and 1960-has had a profound impact on North American cultural, economic and political life, and they're about to be at it again. Over dinners, at parties, in busy business corridors, they're reassuring each other that 'Sixty is the new forty.' Well, good luck. But how will the publishing world face the onslaught of spending that the boomers are going to enact? What will happen to serious and popular fiction, and books in general? What, in the end, will matter to the boomers, and what might they change?

I ask these questions because I'm part of the boomer generation too, and I've completed a novel, Winter in Hollywood, that looks directly at some of the issues about aging that the boomers-and all of us, eventually-have to face. It's a truism that our culture likes to emphasize youth, from the stories of young love that dominate TV, the movies, and popular culture in general, to ads and articles hawking Viagra, Botox, and plastic surgery. Age itself has come to be seen as something unnatural, to be avoided at almost any cost. Or, as the 75-year-old heroine of my novel remarks, while walking down a street of fancy shops in Los Angeles: 'age hid itself-bad news, bad luck.' The reasons for our fear of aging are complex and perhaps ancient. And it's ironic that the boomers, who were always youth obsessed, now have to put their own stamp on aging. Can book publishers and booksellers help humanize this process, and offer an alternative to fear and loathing? There has to be more than Andrew Weil's bestseller Healthy Aging, sensible as it may be.

One of the most popular non-fiction books of 2005 was Joan Didion's The Year of Magical Thinking, a memoir about the death of her husband, the novelist John Gregory Dunne, and the fatal illness of their daughter. Apparently everyone in the book business was surprised by Didion's runaway success, as if no one had noticed the boomers at the gates. One newspaper critic, commenting on the phenomenon, concluded rather too cleverly, 'Translation: Aging boomers are becoming interested in their own mortality.' The snide tone here is common when aging and mortality rear their twin heads. Yet when Annie Leibowitz photographed Didion for Vanity Fair, she avoided the soft focus often reserved for elderly celebrities (Didion was 71) and instead recorded the novelist in her wrinkled glory, with claw-like hands, in an image that evokes famous portraits of Karen Blixen (Isak Dinesen) made by Richard Avedon and Cecil Beaton several years before her death, at age 77. The fierce expression on Didion's face will fool no one who has read her memoir. This is a woman shocked by mortality hitting so close to home. Despite years of bearing witness to late 20th-century injustice and angst, Didion, it seems, never quite expected to be part of the passing scene of suffering.

[From "On Books and Baby Boomers"]

Delightfully saucy, heartfelt, and passionate, these essays probe the place of art in contemporary life.

Richard Teleky's Ordinary Paradise: Essays on Art and Culture is a deeply satisfying collection about the enriching presence of art, music, and literature in our daily lives.

The title refers to the array of creative expression that is readily available in contemporary work and home environments, a paradise which is at once ubiquitous and fragile. As Teleky notes, all works of art are 'vulnerable to the exigencies of time. They can be destroyed by misunderstanding, neglect, or censorship just as easily as by fire and water.' His essay collection means to help his chosen subjects avoid that fate.

Each of the twenty-eight essays expounds upon a cultural topic, probing the backstories of some beguiling artists and their creations. They serendipitously meander through Teleky's carefully parsed explorations and opinions of how different works of art fit into the context of cultural meaning. Teleky's passion and enthusiasm are inspiring enticements to reread old classics like Madame Bovary or Don Quixote with a fresh perspective, and to seek out lesser known books by Marie-Claire Blais and Margaret Avison, visual art by Claire Weissmann Wilks and Diana Thorne, and music by Emmerich Kalman.

The book begins with diverting essays about literary topics, segues into the visual and performing arts, and concludes with prose that digs into philosophical, but eminently approachable, interdisciplinary examinations of various movements (postmodernism, posthumanism, postheroism) in contemporary western culture. Along the way, Teleky winningly advocates for a selection of sorely overlooked artists (many of them from his adopted country of Canada), as well as increasingly out-of-vogue musical styles like operetta and classical piano.

Some essays are lighthearted and sparkle with admiration for the writers and composers. Others are tinged with notes of fatalism and sadness. While the author documents the talents of many formerly (or never) popular artists, he also mourns their unjustly unrecognized labors. Ultimately some great works of art may never reach a wide audience or be monetarily rewarding, but-as advised by poet Miriam Waddington-'Just do your own work and hope that taste will improve, though it probably won't.'

While some essays can be fairly cerebral, as with an analysis of the important work of literary translators and the critical role of solitude in artistic life, the writing is not ever plagued with esoteric critic-speak; instead, it is delightfully saucy, heartfelt, and passionate. Teleky often touches on his Hungarian roots and his personal connections to writers he worked with during his years as an editor with the Oxford University Press, Canada. Some pieces recount his more recent experiences as a York University professor as he marvels at or becomes exasperated with student preoccupations with pop culture, irony, and dystopian plots.

Teleky's accessible style and curious mind make him an excellent guide to all of the disparate ideas and artists he describes. He makes an impassioned case for greater appreciation of the artistic gifts we all enjoy, and the amounts of hard work, talent, time, and craftsmanship that go into artistic creation.

'The idea that the extraordinary quickly becomes ordinary is a simple one but easy to overlook. The book is a thoughtful meditation on being present in the beauty around us, as well as interrogating troubling trends in the way art is currently appreciated and evaluated. And on the other side of the creative coin, Teleky also examines certain challenges and tensions in the lives of artists.

'From what re-reading can tell us about ourselves to the connection between language and marginalized voices, this is a mature and intelligent rumination on the nature of truth and beauty through a concrete and relatable lens.'