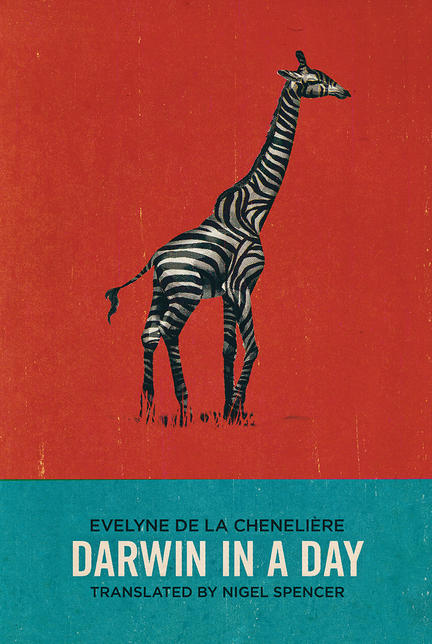 School is out for the summer, and twelve-year-old Julien has an adventure planned in his own backyard. Through sleight of hand, he’s found a way to convince each member of his family he’s away with someone else, leaving him alone in Montreal to get into trouble with his best friend Jacques. Being well-off hasn't prevented Julien from getting sucked into a pyramid scheme, and he’s taking Jacques along for the ride, even though his friend is broke.

But maybe this is a chance for Jacques to get himself out of the hole and buy a new bike, or have his sick dog put down, or send his grandmother to a retirement home. The possibilities seem endless. But the boys are learning a lesson in the best laid plans, and when they discover they’re in trouble, they must figure a way out together, and fast.

As Jacques and Julien cycle through various scenarios to disentangle themselves, they struggle to find common ground, only to realize time is up. Inspired by Darwin’s theory of evolution, Darwin in a Day asks with new urgency the age-old question: are we bound to the circumstances to which we were born?