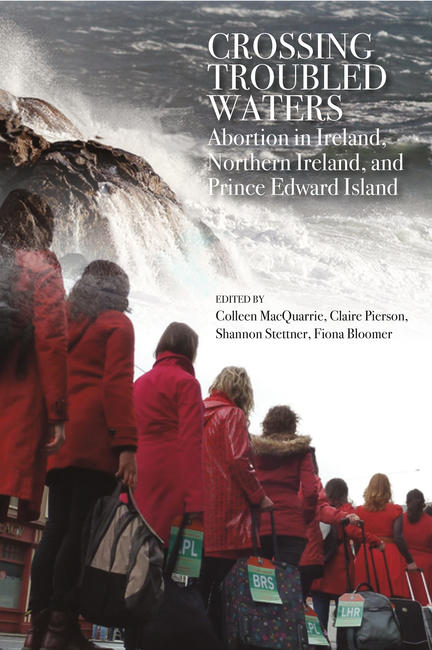 Accessing abortion services is challenging in many countries around the world. Barriers result from poor access to healthcare, geographic location, legal restrictions, abortion stigma, and moral conservatism. Repeated studies indicate that restricting access to abortion does not prevent it happening, but rather displaces it elsewhere and often results in unsafe abortion contributing to maternal mortality. Those living on islands face particular challenges presented by their geographic isolation including travelling to other jurisdictions, which is financially and emotionally burdensome. This book shines a light on two islands--Ireland (north and south) and Prince Edward Island, Canada--and considers for each island why and how abortion remains restricted, the nature of the discourse of abortion on the island, the impact that restrictions have had, ongoing efforts to improve access, and recent activist successes.

The first five chapters focus on the island of Ireland (north and south), and provide insight into the historical, legal, political, socioeconomic, and cultural contexts that impinge upon access to abortion. The next five chapters discuss the same topics, in Prince Edward Island. Includes photos, tables, endnotes, bibliography, index, contributors' biographies.

Colleen MacQuarrie is an Associate Professor of Psychology at the University of Prince Edward Island. Her research program can be conceptualized broadly within a critical feminist liberation psychology framework. She is a founding member of Abortion Rights Network, Abortion Access Now PEI, and RAARN, the Reproductive Activism and Abortion Rights Network.

Shannon Stettner teaches in the Women's Studies Department at the University of Waterloo. Her research examines women's Abortion rights activism, reproductive justice, and public opinion on abortion in Canada. She is the editor of Without Apology: Writings on Abortion in Canada (Athabasca University Press), and co-editor of Transcending Borders: Abortion in the Past and Present (Palgrave MacMillan). Her research has appeared in the Canadian Bulletin of Medical History, the Journal of Canadian Studies, and Social History/histoire sociale.

Claire Pierson is currently a Research Associate on a Wellcome Trust-funded research 'The Liverpool-Ireland Abortion Corridor'. Her previous research includes 'Political Discourse on Abortion' funded by the British Academy with Dr Fiona Bloomer (Ulster University), 'Addressing Cultural Legacies of Conflict: Women, Peace and Security in Ireland, Colombia and Liberia' at University College Dublin and doctoral research on 'Gender Security and Women's Experience of Policing in Northern Ireland' at Ulster University.

Fiona Bloomer lectures in Social Policy at Ulster University. Her research centres on gender issues, with a particular focus on reproductive health including: abortion policy, abortion stigma and female genital mutilation. Fiona is a founding member of the Reproductive Health Law and Policy Advisory Group, a joint initiative with Queens University, Belfast. She is a member of RAARN, the Reproductive Activism and Abortion Rights Network, a global network of academics and activists.

Other titles by Shannon Stettner

Writings on Abortion in Canada