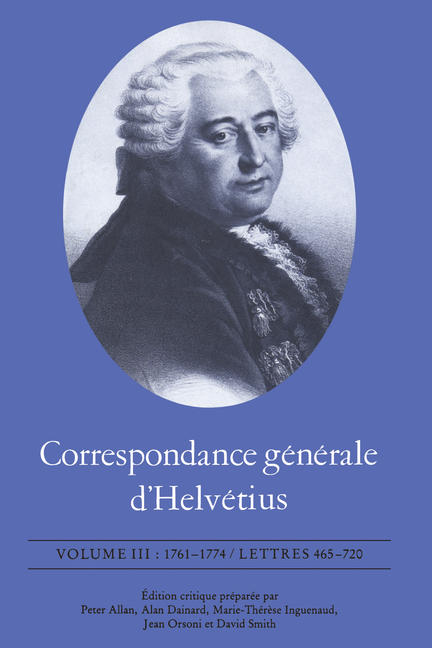 The first two volumes of the Correspondance générale d'Helvétius inspired international acclaim. Now the third volume offers us further insight into a variety of aspects of life in eighteenth-century France.

Claude-Adrian Helvétius (1715-71) was a wealthy and high-ranking member of French society. He was acquainted with the leading political and social figures of his time and, through family, with the court and government which he occasionally served in a diplomatic capacity. Philosopher, encyclopedist, and author of the explosive De l'Esprit, he and his wife, Anne Catherine de Ligneville, corresponded with the great and influential throughout Europe.

The letters in this volume were written between 1761 and 1774, a period in which Helvétius enjoyed the fruits of his fame, travelled to England (1764) and Prussia (1765), and produced two books, Le Bonheur and De l'homme, which were published after his death.

Other titles by Alan Dainard