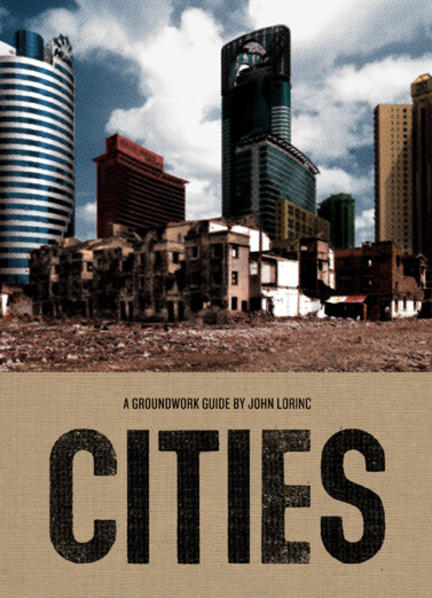 Today, more people live in cities than in rural areas. The search for better housing, transit, economic opportunity, and security within neighbourhoods forces today's city-dwellers -- in both the developed world and in megacities in Asia, Africa, and Latin America -- to confront what it means to live in our urban world.

In this book, cities specialist John Lorinc considers the enormous implications of the mass migration away from rural regions, and predicts that solutions will emerge from neighbourhoods and dynamic networks linking communities to governments and the broader urban world.

John Lorinc is a journalist and editor. He reports on urban affairs, politics, business, technology, and local history for a range of media, including the Globe and Mail, the Toronto Star, Walrus, Maclean’s, and Spacing, where he is senior editor. John is the author of three books, including The New City (Penguin, 2006) and Dream States: Smart Cities, Technology, and the Pursuit of Urban Utopias (Coach House Books, 2022), and has coedited four other anthologies for Coach House Books: The Ward (2015), Subdivided (2016), Any Other Way (2017), and The Ward Uncovered (2018). John is the recipient of the 2019/2020 Atkinson Fellowship in Public Policy. He lives in Toronto.

Karon Liu has been a staff food reporter for the Toronto Star since 2015 and aims to link food with culture, history, identity, politics – anything you can imagine. He's also an avid home cook, and his favourite utensil is a pair of wooden chopsticks his grandma used to use.

Citie provides an impressive quantity of information in a clear, direct prose style and balances facts with interesting, more anectodal material on topics...

Cities maintains the high standard set by the previous titles in the Groundwork Guides series...a source of current and readily accessible information, and school libraries should seriously consider buying more than one copy for its circulating collection...Highly Recommended.

Other titles by John Lorinc

Smart Cities and the Pursuit of Utopian Urbanism

How the Missing Middle Will Solve Toronto's Affordability Crisis

The Archaeology of Everyday Life

City-Building in an Age of Hyper-Diversity

The Life and Loss of Toronto's First Immigrant Neighbourhood

How The Crisis Of Canada's Cities Is Reshaping Our Nation